Feminism and Feminists After Suffrage 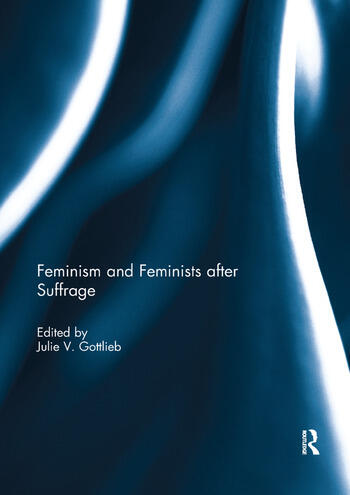 Feminism and Feminists After Suffrage

What happened in women’s history after the vote was won? Was the suffragette spirit quashed by the advent of the First World War, and due to the achievement of women’s partial (1918) and then equal (1928) suffrage thereafter, by having to wait to be reclaimed by the Women’s Liberation Movement only in the late 1960s?

This collection explores how individual feminists and the feminist movement as a whole responded to the achievement of the central goal of votes for women. For many, the post-suffrage years were anti-climactic, and there is no disputing that the movement was in numerical decline, struggling to appeal to a younger generation of women who knew nothing of the sacrifices that had been made to secure their citizenship rights and new freedoms. However, feminists went in new and different directions, identifying pressing issues from pacifism to religious reform, from local activism to party politics. Women also organised around causes that were not explicitly feminist or were even anti-feminist, and this book makes the important distinction between women in politics and women’s feminist activism. The range of feminist activism in the aftermath of suffrage speaks for the successes and mainstreaming of feminism, and contributors to this volume contest the narrative of a terminal feminist decline between the wars.

This book was originally published as a special issue of Women’s History Review.

2. Christabel Pankhurst and the Smethwick Election: right-wing feminism, the Great War and the ideology of consumption Nicoletta F. Gullace

5. ‘The Injustice of the Woman's Vote’: opposition to female suffrage after World War I Florence Binard

7. ‘Our Freedom and Its Results’: measuring progress in the aftermath of suffrage Maria DiCenzo

9. Fighting for the ‘Privileges of Citizenship’: the Young Women's Christian Association (YWCA), feminism and the women's movement, 1928–1945 Caitríona Beaumont

10. The ‘Great Offender’: feminists and the campaign for women's ordination Jessica Thurlow

Julie V. Gottlieb is a Senior Lecturer in the Department of History at the University of Sheffield, UK. She has published widely in the field of political and British women’s history, including Feminine Fascism: Women in Britain’s Fascist Movement, 1923-45; The Aftermath of Suffrage, co-edited with Richard Toye; and Guilty Women: Gender, Foreign Policy and Appeasement in Britain between the wars (forthcoming, 2015).