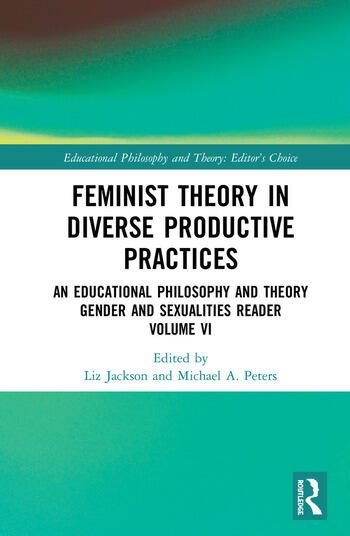 
Feminist Theory in Diverse Productive Practices is the second of two volumes examining gender and feminist theory in Educational Philosophy and Theory. This collection explores the difference that gender and sexual identities make both to theorizing and working in education and other fields. As the articles contained in this text span nearly 40 years of scholarship related to these issues, this volume sheds light on how feminist, gender, and sexuality theory has evolved within and beyond the field of philosophy of education over time.

Key themes explored in the book include women’s ways of knowing, the challenges women (and girls) face in taking up professional employment across diverse fields historically and today, and how feminist and related theories can enable women in professional development roles to empower each other. The book tells a rich story of how gender and sexuality theory has been brought to bear on discussions of educational practice in diverse fields over decades of publication of Educational Philosophy and Theory.

Liz Jackson and Michael A. Peters

Liz Jackson is Associate Professor of Education at the University of Hong Kong and the Director of the Comparative Education Research Centre.