Fifty Years of the Tavistock Clinic 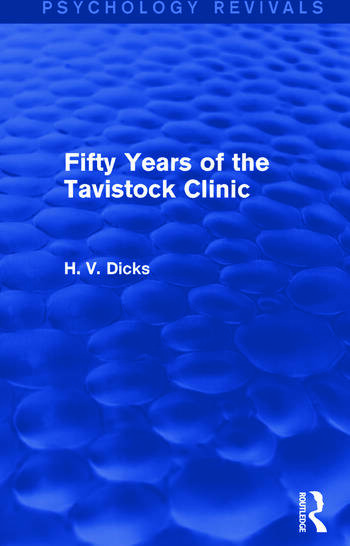 Fifty Years of the Tavistock Clinic

Originally published in 1970 this title commemorates the men and ideas that started, inspired and established a pioneer institution in British psychiatry. Based on the impetus of Freudian and related innovations after the First World War, the Tavistock Clinic offered treatment, training and research facilities in the field of neurosis, child guidance and later on group relations.

Dr Dicks, who had been associated for nearly forty years with the work and personalities that helped to develop the Tavistock venture, describes the struggles and capacity for survival of the clinic. He shows how, belonging neither to the older classical psychiatry nor to orthodox psychoanalysis, and suspect to both, the Clinic nevertheless became increasingly used by the rest of the profession as a psychotherapeutic resource. Dr Dicks describes the influence of the Tavistock on the medical, psychological and social work scene both before and after the Second World War, and assesses its achievements as a centre of psycho- and socio-dynamic thinking.

The Tavistock is shown as a pioneer sui generis, launching psychosomatic research and initiating the exciting ventures in social psychiatry associated with the Army in the Second World War. As the Tavistock was the outcome of work with shell-shock victims in the first war, so its offspring, the Institute of Human Relations, was the natural continuation of the military effort in man-management, morale and group dynamic studies. The book includes an account of the inter-relationship between the Clinic, now part of the National Health Service, and the Institute, a private corporation. Still going strong as part of the Tavistock and Portman NHS Foundation Trust today this is an opportunity to revisit its early history.