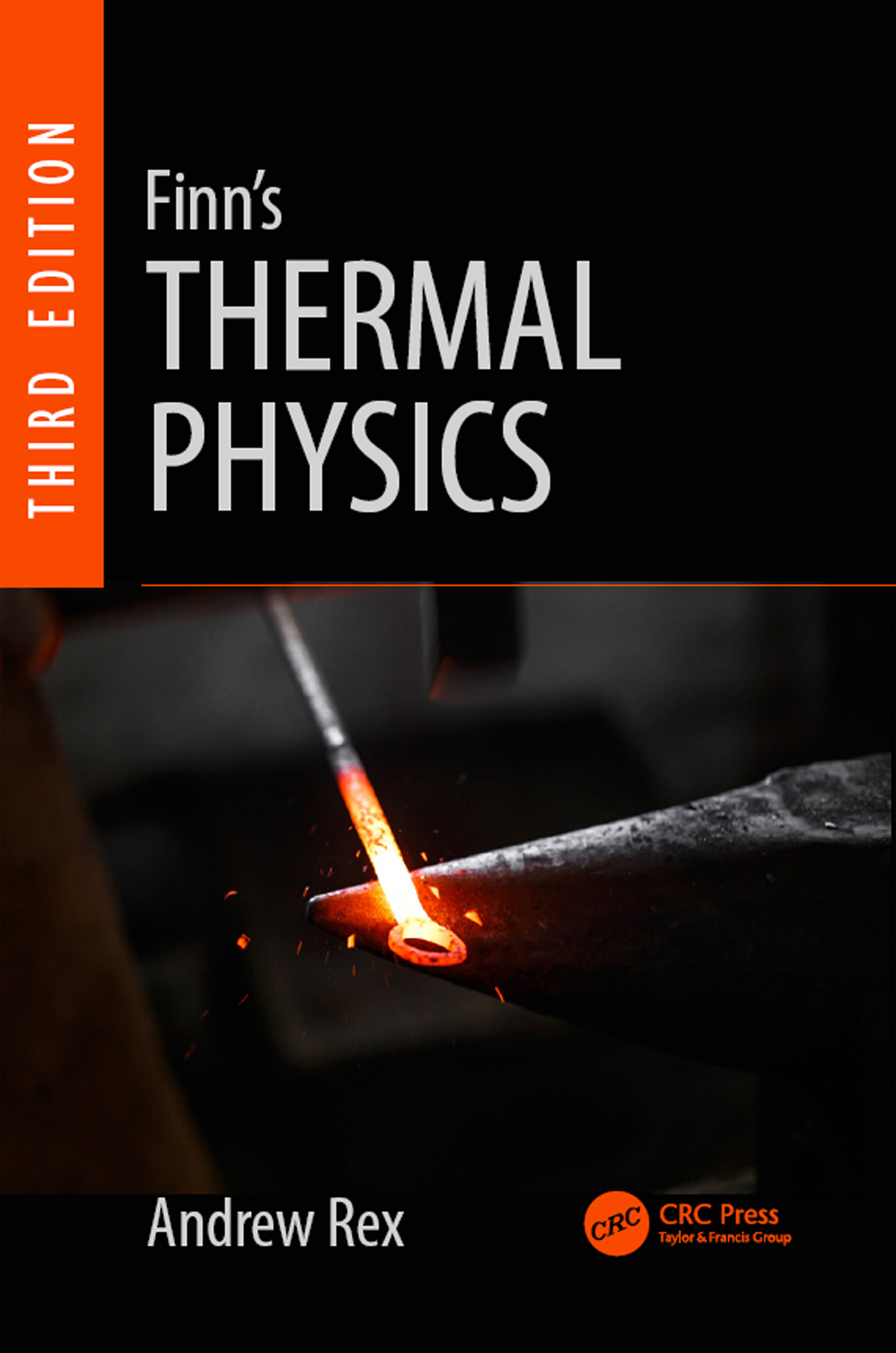 This fully updated and expanded new edition continues to provide the most readable, concise, and easy-to-follow introduction to thermal physics. While maintaining the style of the original work, the book now covers statistical mechanics and incorporates worked examples systematically throughout the text. It also includes more problems and essential updates, such as discussions on superconductivity, magnetism, Bose-Einstein condensation, and climate change. Anyone needing to acquire an intuitive understanding of thermodynamics from first principles will find this third edition indispensable.

is professor of physics at the University of Puget Sound in Tacoma, Washington. He is author of several textbooks and the popular science book, Commonly Asked Questions in Physics.

"Finn's text has always been a favourite because of its uncluttered style and the way it anticipates where students will run into problems. This new edition fills out the statistical mechanics coverage of the book, making it again a competitive choice for the way thermodynamics is taught today."

"an excellent update and refresh of Finn's classic text. The original content is enhanced by a clearer, more digestible presentation. Additional insights are given to some particularly tricky concepts…. The new chapters on introductory and quantum statistical mechanics expand the book's coverage to encompass all the key topics in undergraduate thermal physics."

"an excellent general undergraduate textbook…. The inclusion of chapters on classical and quantum statistical mechanics, which are typically not covered in thermodynamics

texts, is particularly welcome. Though the book is mainly aimed at students in physics the treatment of open steady-state flow systems (allowing for the treatment of turbines, compressors and

throttles) makes the book relevant to the teaching of thermodynamics in an engineering context as well."

"a welcome revision. The addition of material on statistical thermodynamics and quantum statistics, coupled with the excellent treatment of thermodynamic potentials, makes for a well written course text. Suitable for advanced undergrad of graduate students in applied physics, engineering and anyone interested in a scientific approach to thermal science that accompanies standard mechanical engineering thermo quite well."

Other Kinds Of Work

Example Of The Calculation Of Work In A Reversible Process

THE FIRST LAW OF THERMODYNAMICS

The Work Of Thompson And Joule

The First Law Of Thermodynamics

Ideal Gases And The First Law

THE SECOND LAW OF THERMODYNAMICS

Statements Of The Second Law Of Thermodynamics

The Principle Of Increasing Entropy

Other Examples Of Entropy Calculations

Introduction to probability and statistics

THE THERMODYNAMIC POTENTIALS AND THE MAXWELL RELATIONS

Revisiting The Entropy Of An Ideal Gas

Three Applications Of The Chemical Potential

THE THIRD LAW OF THERMODYNAMICS

Statements Of The Third Law

Consequences Of The Third Law

The Unattainability Of Absolute Zero

Application Of Fermi-Dirac Statistics To Electrons In Metals

*Click here for a Q&A session with the author:

Andrew Rex is professor of physics at the University of Puget Sound in Tacoma, Washington. He received the his B.A. in physics from Illinois Wesleyan University in 1977 and the his Ph.D. in physics from the University of Virginia in 1982. At Virginia he worked under the direction of Bascom S. Deaver, Jr. on the development of new superconducting materials. After completing requirements for the his Ph.D. he joined the faculty at Puget Sound.

Dr. Rex’s primary research interest is in the foundations of the second law of thermodynamics. He has published research articles and, jointly with Harvey Leff, two comprehensive monographs on the subject of Maxwell’s demon (1990, 2003). Dr. Rex has co-authored several widely used textbooks: Modern Physics for Scientists and Engineers (1993, 2000, 2006, 2013), Integrated Physics and Calculus (2000), and Essential College Physics (2010), and the popular science book Commonly Asked Questions in Physics, also published by Taylor & Francis / CRC Press.

Dr. Rex has served in administrative roles, including chair of his department and Director of the University of Puget Sound Honors Program. He is devoted to physics education and has been an active participant in the American Association of Physics Teachers, the Society of Physics Students, Sigma Pi Sigma, and Sigma Xi. In 2004 Dr. Rex was recognized for his teaching with the President’s Award for Teaching Excellence.