Foucault, Crime and Power
Problematisations of Crime in the Twentieth Century 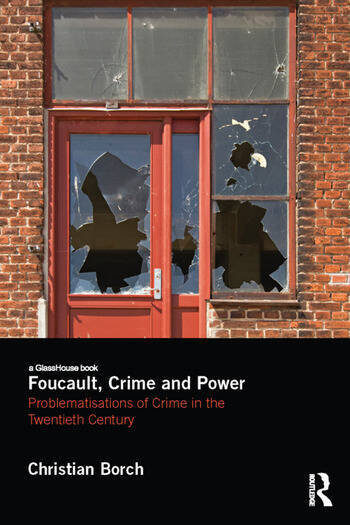 Foucault, Crime and Power: Problematisations of Crime in the Twentieth Century

This book presents a Foucauldian problematisation analysis of crime, with a particular focus on the twentieth century. It considers how crime has been conceived as problem and, by scrutinising the responses that have been adapted to deal with crime, demonstrates how a range of power modalities have evolved throughout the twentieth century.

Christian Borch shows how the tendency of criminologists to focus on either disciplinary power or governmentality has neglected the broader complex of Foucault’s concerns: ignoring its historical underpinnings, whilst for the most part limiting studies to only very recent developments, without giving sufficient attention to their historical backdrop. The book uses developments in Denmark – developments that can be readily identified in most other western countries – as a paradigmatic case for understanding how crime has been problematised in the West. Thus, Foucault, Crime and Power: Problematisations of Crime in the Twentieth Century demonstrates that a Foucauldian approach to crime holds greater analytical potentials for criminological research than have so far been recognized.

Introduction: Foucauldian cues,  Chapter 1: The birth of criminology,  Chapter 2: For the protection of society,  Chapter 3: The rise and fall of the treatment ideal,  Chapter 4: Serving the community,  Chapter 5: Crime prevention: towards a totalitarian biopolitics,  Chapter 6: Empowerment and repression,  Conclusion: the twentieth century and beyond,  Notes,  References,  Index

Christian Borch is Professor of Political Sociology at the Department of Management, Politics and Philosophy, Copenhagen Business School, Denmark. His previous books include Niklas Luhmann (Key Sociologists) (Routledge, 2011) and The Politics of Crowds: An Alternative History of Sociology (Cambridge University Press, 2012).

'By meticulously zooming in the subtleties of Foucault’s thought and that of his contemporaries, Christian Borch has performed an impressive feat of historical and sociological contextualisation of some of the most important issues of current criminological, sociological and juridical debates. Through the long historical span of the research; the historical understanding of Foucault’s thought in relation to criminological and sociological taxonomies and such pivotal issues as the metaphysics of free will, eugenics and welfare state; the modalities of power other-than-discipline; and the central analytical issue of problematization, Borch presents us with new Foucaultian analytical categories, so watertight and indeed indispensable that one wonders how we could have managed without them until now.'

'Foucault, Crime and Power offers an excellent account on the history of 20th century problematisations of crime from Lombroso’s homo criminalis to the emergence of neoliberal rationalities of government and the current focus on crime prevention. By combining detailed historical knowledge with a new perspective on Foucault’s analytics of power, the book is an essential contribution to contemporary debates on the government of crime.'

'Christian Borch develops a Foucaultian analyse des problématisations in a book which is both historically informed and theoretically important. Taking a broad, long-term perspective, in dialogue with the arguments provided by scholars such as Nikolas Rose, David Garland and Robert Castel, in this neatly written book Professor Borch reconstructs the shifting images of crime and the criminal according to different historical rationalities. …One of the great merits of Borch’s book is to show how the emphasis on community matches with – rather than being contradictory to – the advent of neoliberal penal theory and its stress on the ‘free’, responsible individual, in that both can be seen as strategic governmental tools. Also, by analyzing situational criminology, preventive environmental planning, the unrestrained control diagram à la Deleuze, and the use of penal contracts for substance-abuse convicts, Borch finely reveals the ebb and flow of given punitive rationalities, arguing against any linear evolution in crime conceptualizations. Carefully researched, informative and insightful, this book is an extremely rewarding reading for anyone interested in reflecting in depth on how contemporary society defines crime and imparts punishment.'