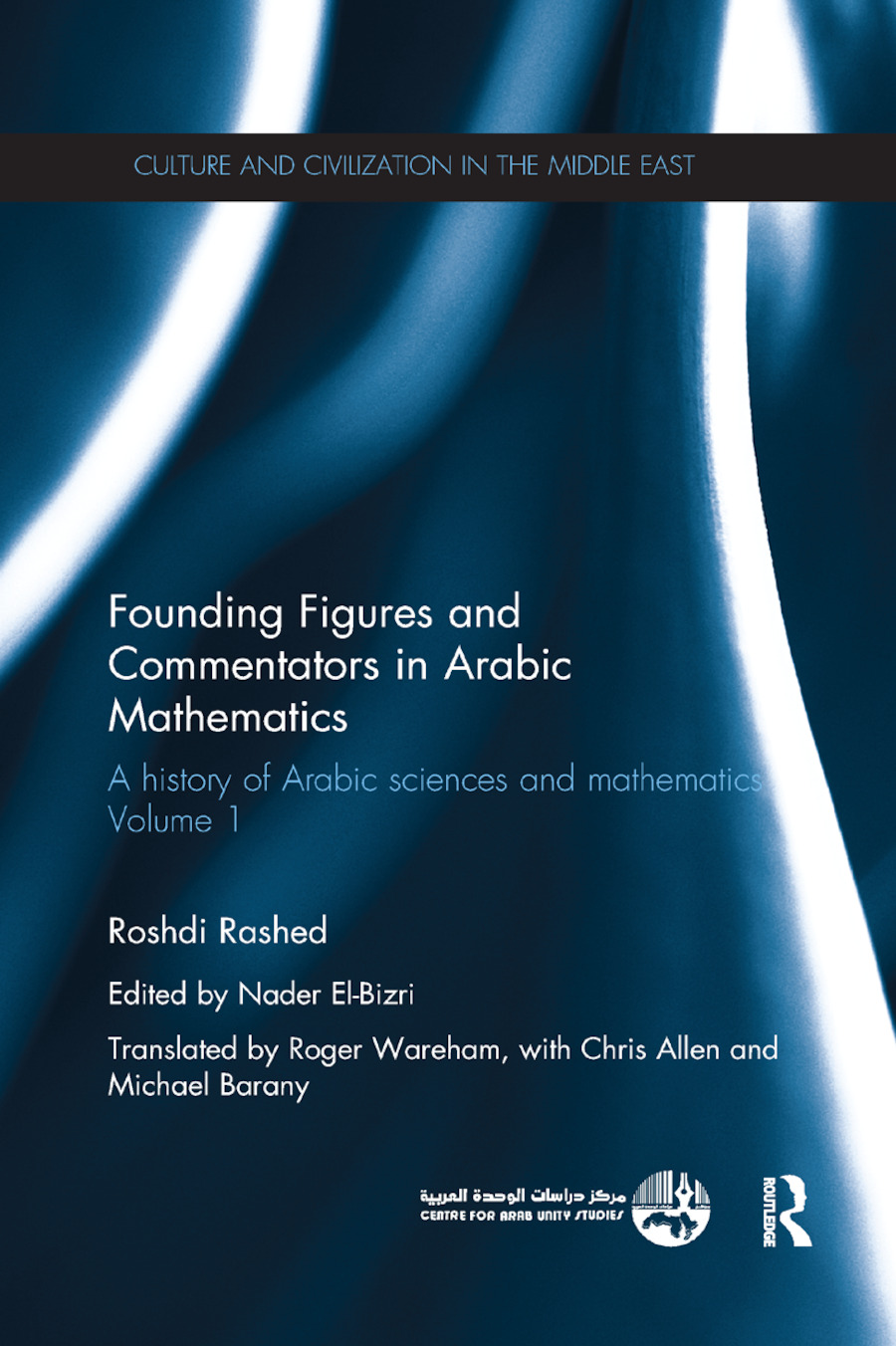 A History of Arabic Sciences and Mathematics Volume 1, 1st Edition

In this unique insight into the history and philosophy of mathematics and science in the mediaeval Arab world, the eminent scholar Roshdi Rashed illuminates the various historical, textual and epistemic threads that underpinned the history of Arabic mathematical and scientific knowledge up to the seventeenth century. The first of five wide-ranging and comprehensive volumes, this book provides a detailed exploration of Arabic mathematics and sciences in the ninth and tenth centuries.

Extensive and detailed analyses and annotations support a number of key Arabic texts, which are translated here into English for the first time. In this volume Rashed focuses on the traditions of celebrated polymaths from the ninth and tenth centuries ‘School of Baghdad’ - such as the Banū Mūsā, Thābit ibn Qurra, Ibrāhīm ibn Sinān, Abū Ja´far al-Khāzin, Abū Sahl Wayjan ibn Rustām al-Qūhī - and eleventh-century Andalusian mathematicians like Abū al-Qāsim ibn al-Samh, and al-Mu’taman ibn Hūd. The Archimedean-Apollonian traditions of these polymaths are thematically explored to illustrate the historical and epistemological development of ‘infinitesimal mathematics’ as it became more clearly articulated in the eleventh-century influential legacy of al-Hasan ibn al-Haytham (‘Alhazen’).

Contributing to a more informed and balanced understanding of the internal currents of the history of mathematics and the exact sciences in Islam, and of its adaptive interpretation and assimilation in the European context, this fundamental text will appeal to historians of ideas, epistemologists, mathematicians at the most advanced levels of research.

1. Banu Musa and the Calculation of the Volume of the Sphere and the Cylinder 2. Thabit Ibn Qurra and his Works in Infinitesimal Mathematics 3. Ibn Sinan, Critique of Al-Mahani: The Area of the Parabola 4. Abu Ja'far Al-Khazin. Isoperimetrics and Isepiphanics 5. Al-Quhi, Critique of Thabit: Volume of the Paraboloid of Revolution 6. Ibn Al-Samh: The Plane Sections of a Cylinder and the Determination of their Areas 7. Ibn hud: The Measurement of the Parabola and the Isoperimetric Problem

Roshdi Rashed is one of the most eminent authorities on Arabic mathematics and the exact sciences. A historian and philosopher of mathematics and science and a highly celebrated epistemologist, he is currently Emeritus Research Director (distinguished class) at the Centre National de la Recherche Scientifique (CNRS) in Paris, and is the Director of the Centre for History of Medieval Science and Philosophy at the University of Paris (Denis Diderot, Paris VII). He also holds an Honorary Professorship at the University of Tokyo and an Emeritus Professorship at the University of Mansourah in Egypt.