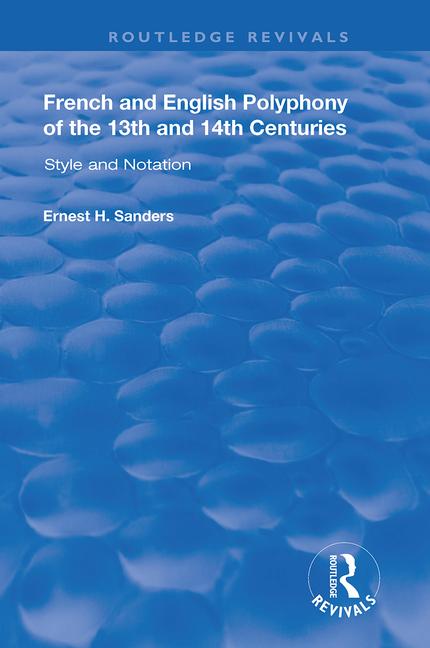 French and English Polyphony of the 13th and 14th Centuries

First published in 1998, this volume brings together the most part of the author’s work on medieval polyphony. The most significant advance in music during the period in the High Gothic was the development of a system of rhythm and of its notation, the modern understanding of which was to a considerable extent obscured by an undue emphasis on the so-called rhythmic modes. The investigation of this topic forms the centre of this book, and a related essay deals with rhythmic Latin poetry. Other pieces survey the accomplishments of Europe’s first great composer and the flourishing of the medieval motet, whose rise he stimulated, while several essays focus on English polyphony, and on what remains of the motets of Philippe de Vitry, a major figure in Parisian intellectual circles of the 14th century.

'Few students of medieval music can fail to have been significantly influenced by the work of Ernest H. Sanders, whose profilic writings on medieval polyphony, spanning three and a half decades, stand as beacons of enlightenment and authority…this collection presents a valuable overview and record of the distinguished work of one of the most original and important musicologists of our time.' Music and Letters, Vol. 81, No. 1