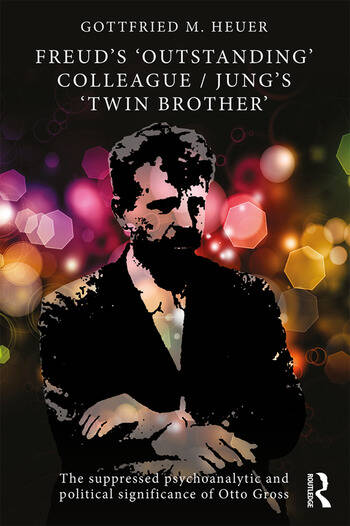 Otto Gross was the first analyst to link his work with radical politics, connecting inner, personal transformation with outer, collective change. Since his death in 1920 his work has been suppressed, despite his seminal influence on the developing analytic discipline and on the fields of sociology, philosophy and literature. Here Gottfried M. Heuer introduces Gross’ life and ideas, using an innovative, historiographic methodology he terms trans-historical: a psychoanalytic, intersubjective, and trans-temporal approach to the past, aimed at ‘healing wounded history’ in the present.

Heuer considers several previously unpublished sources to explore Gross’s ideas and legacy as well as his unusually bohemian life. His use of the anarchist concept of mutuality to develop a relational and intersubjective approach in his own analytic theory and clinical practice was unique, and his work had a lasting, yet unacknowledged, influence on Freud, Jung (with whom he had the first recorded mutual analysis) and many other analysts. His ideas were appropriated by Max Weber, the founder of sociology, and by the philosopher Martin Buber, playing a pivotal role in what we now call ‘modernity’. Heuer also explores Gross’s paradigmatic father/son battle with his father Hans, who established the science of criminology, and touches upon Gross’s links to the literary field of the early 20th century via Kafka, Werfel, et al., German expressionism and the Dada-movement, as well as the Anglo-American world through the work of D. H. Lawrence.

This innovative, multi-faceted approach to Gross’s work and its influence marks a turning point, putting him firmly on the map of the historiography of analysis as well as linking this field with the neighbouring disciplines of the history of law and criminology, literature, sociology and philosophy. In addition, Gross continuing relevance for leading edge clinical and political ideas is addressed. This book will be essential reading for Jungian and Freudian analysts, psychotherapists and counsellors, academics and students of analysis, politics, history, criminology and sociology.

Acknowledgements. Preface. Introduction: News of an Unknown. ‘Healing Wounded History’. Looking Back to the Future: A Trans-historical, Intersubjective, Psychoanalytic, and Sacral-Political Methodology. Author and Subject. Psychoanalysis Politicized and Sacralized. Revolutionary Politics, Ensouled. Philosophical Origins: Revolutionary Politics, Psychology and the Sacred. Otto Gross: A Brief Life. Echoes and Traces: The Suppression of Otto Gross and ‘The Return of the Repressed’. Conclusion.

Gottfried M. Heuer is a Jungian training analyst and supervisor, neo-Reichian body psychotherapist and independent scholar based in London, with some 70 papers published in the major analytic journals. He is co-founder of the International Otto Gross Society as well as a published graphic artist, photographer, sculptor and poet. His previous books include Sacral Revolutions. Reflecting on the Work of Andrew Samuels and Sexual Revolutions: Psychoanalysis, History and the Father (both Routledge).

Gottfried M. Heuer talks to Jonathan Chadwick about this book on https://vimeo.com/196609212

‘This is the first major study of Otto Gross for decades, and it is more: a reflection, sometimes a meditation, on the significance for psychoanalysis and politics of Gross, then as now. Gottfried Heuer’s study is, in the best sense of the term, an expression of intellectual passion: as well as being a work of notable scholarship, it bears eloquent witness to the enduring resonance of the enigmatic figure that is Otto Gross.’ - Paul Bishop, William Jacks Chair of Modern Languages, University of Glasgow

‘Like a compassionate surgeon, Heuer attends to the wounds created by the misrepresentation of Otto Gross's biography. The result is an original and engaging medicinal history whose gifts are numerous. Reading this book is a transformative experience. There is tremendous value here for depth psychologists and historians alike.’ - Dr. Ruth Meyer, author of Clio's Circle: Entering the Imaginal World of Historians

‘Not only does this superbly articulate book remedy the serious neglect of Otto Gross by revealing his work as vital to our twenty-first century understanding of the individual’s imbrication in political collectives, but Freud's 'Outstanding' Colleague/Jung's 'Twin Brother' also provides a new research methodology, a transhistorical approach that is both intersubjective and inter-relational. This book does so much more than mend the gap in existing psycho-historical research. It revisions what we need history for, and how we can write it, so as to be part of a transformational twenty-first century.’ - Susan Rowland (Prof) Chair of MA Engaged Humanities, Pacifica Graduate Institute, and author of Jung as a Writer and The Ecocritical Psyche

‘Gottfried Heuer has emerged as the world authority on Otto Gross. His book is scholarly, dynamic and thought-provoking. How many scholars, never mind analysts, knew of the high regard in which Freud and Jung once held Gross? How many recognise that phrases like ‘the personal is political’ and ‘the sexual revolution’ have explicit or implicit roots in Gross’ writings?’ - Professor Andrew Samuels, University of Essex