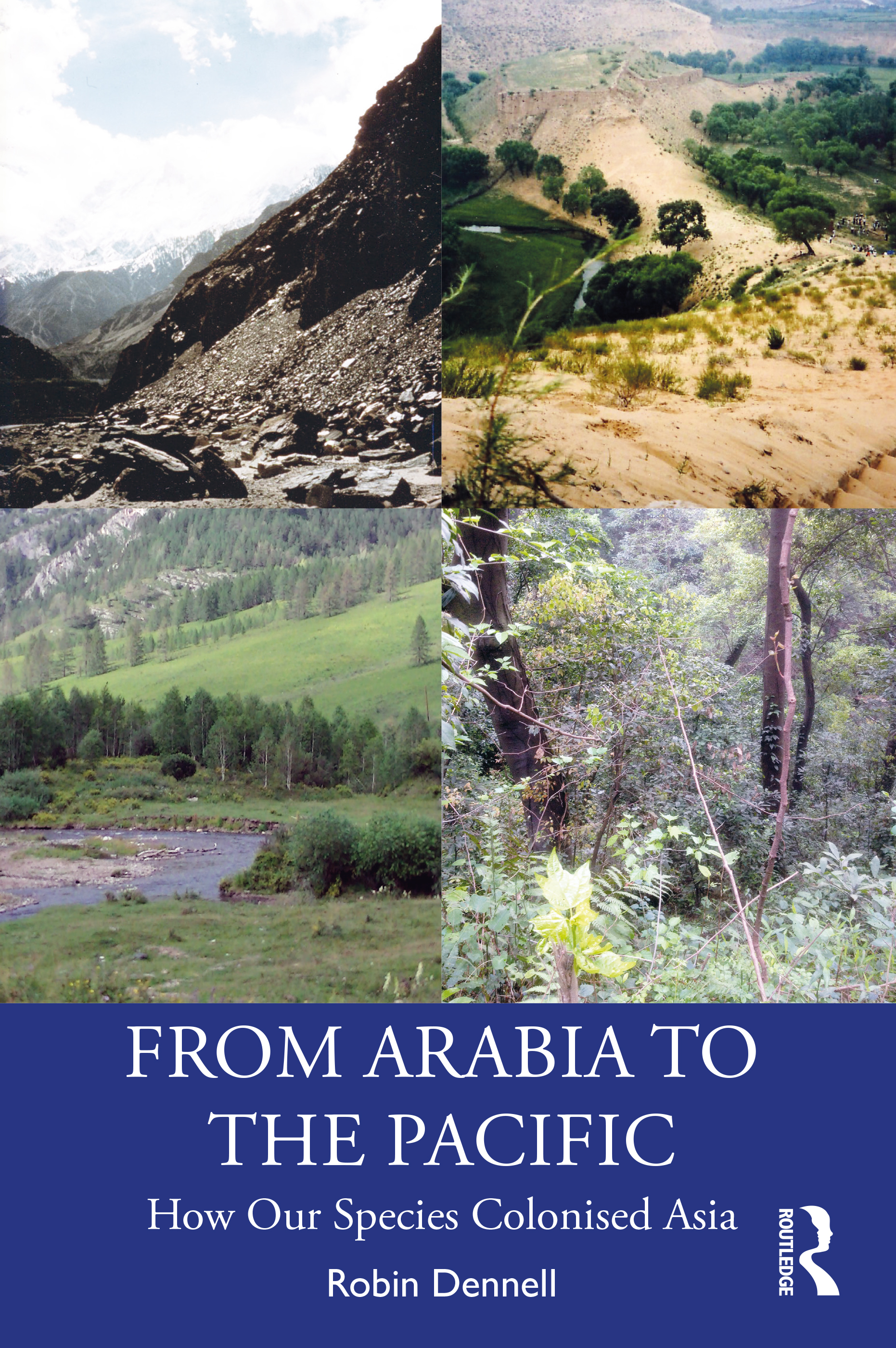 From Arabia to the Pacific

Drawing upon invasion biology and the latest archaeological, skeletal and environment evidence, From Arabia to the Pacific documents the migration of humans into Asia, and explains why we were so successful as a colonising species.

The colonisation of Asia by our species was one of the most momentous events in human evolution. Starting around or before 100,000 years ago, humans began to disperse out of Africa and into the Arabian Peninsula, and then across southern Asia through India, southeast Asia, and south China. They learnt to build boats and sail to the islands of southeast Asia, from which they reached Australia by 50,000 years ago. Around that time, humans also dispersed from the Levant through Iran, Central Asia, southern Siberia, Mongolia, the Tibetan Plateau, North China and the Japanese Islands, and they also colonised Siberia as far north as the Arctic Ocean. By 30,000 years ago, humans had colonised the whole of Asia from Arabia to the Pacific, and from the Arctic to the Indian Ocean as well as the European Peninsula. In doing so, we replaced all other types of humans such as Neanderthals and ended five million years of human diversity.

Using interdisciplinary source material, From Arabia to the Pacific charts this process and draws conclusions as to the factors which made it possible. It will invaluable to scholars of prehistory, archaeologists and anthropologists interested in how the human species moved out of Africa and spread throughout Asia.

Chapter 1 Invasion Biology and the Colonisation of Asia

Chapter 4 Arabia to the Thar Desert

Chapter 8 The Levant and Iran

Chapter 11 Humans on the edge of Asia: The Arctic, Korean Peninsula and the Japanese Islands

Chapter 12 How did we manage to colonise Asia?

Robin Dennell is Emeritus Research Professor at Exeter University, UK. In his early career, he was primarily interested in the Neolithic of Europe and Southwest Asia. From 1981–1999, his main research was on the Palaeolithic and Pleistocene of Pakistan. In 2003, he was awarded a three-year British Academy Research Professorship to write The Palaeolithic Settlement of Asia (2009), the first overview of the Asian Early Palaeolithic and Pleistocene. Since 2005, he has conducted research with Chinese colleagues into the Pleistocene and Palaeolithic of China. He was elected a Fellow of the British Academy in 2012.