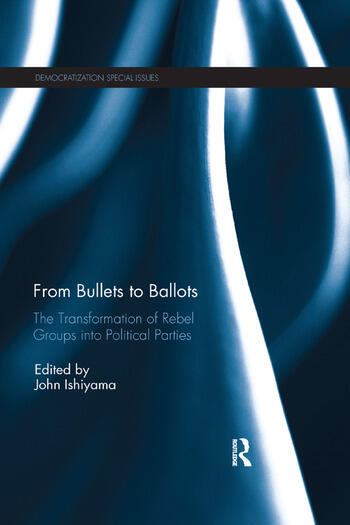 From Bullets to Ballots: The Transformation of Rebel Groups into Political Parties

This book was originally published as a special issue of Democratization.

Introduction to the special issue "From bullets to ballots: the transformation of rebel groups into political parties"
John Ishiyama

6. Rebel-to-political and back? Hamas as a security provider in Gaza between rebellion, politics and governance
Benedetta Berti and Beatriz Gutiérrez