In 2007, Ang Lee made an espionage thriller based on the short story "Lust, Caution" by Eileen Chang, China’s most famous female author of the twentieth century. The release of the film became a trigger for heated debates on issues of national identity and political loyalty, and brought unexpectedly harsh criticism from China, where Ang Lee was labelled a traitor in scathing internet critiques, whilst the film's leading actress Tang Wei was banned from appearing on screen for two years.

This book analyses Ang Lee’s art of film adaptation through the lens of modern literary and film theory, as well as featuring detailed readings and analyses of different dialogues and scenes, directorial and authorial decisions and intentions, while at the same time confronting the intense political debates resulting from the film’s subject matter. The theories of Freud, Lacan, Deleuze, Bataille and others are used to identify and clarify issues raised by the film related to gender, sexuality, eroticism, power, manipulation, and betrayal; the themes of lust and caution are dealt with in conjunction with the controversial issues of contemporary political consciousness concerning patriotism, and the Sino-Japanese War complicated by divided historical experiences and cross-Taiwan Strait relationships.

The contributors to this volume cover translation and adaptation, loyalty and betrayal, collaboration and manipulation, playing roles and performativity, whilst at the same time intertwining these with issues of national identity, political loyalty, collective memory, and gender. As such, the book will appeal to students and scholars of Chinese and Asian cinema and literature, as well as those interested in modern Chinese history and cultural studies.

Peng Hsiao-yen is a Research Fellow at Academia Sinica, Taiwan. 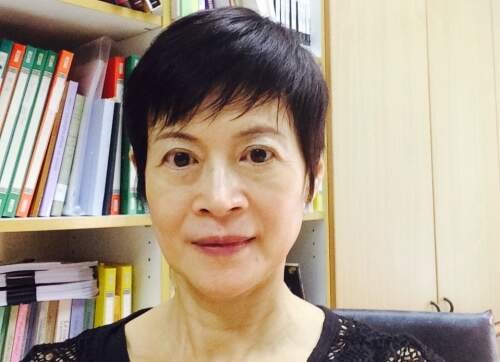