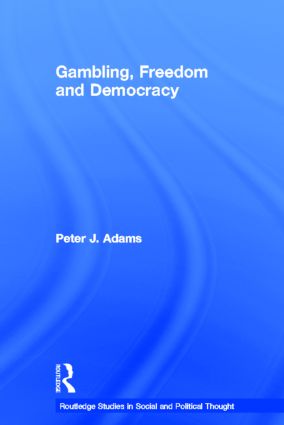 As a consequence of the rapid proliferation of commercial gambling in Western-style democracies, governments and communities are encountering a complex array of economic, social and cultural harms associated with this expansion. This book focuses specifically on harms to democratic systems. It examines how people with key roles in democratic structures are vulnerable to subtle influence from the burgeoning profits of gambling. It focuses particularly on the Western-style democracies of North America, Europe and Australasia. It argues that governments have a duty of care to protect their own democratic processes from subtle degradations and that independence from the gambling industries needs to be proactively built into public sector structures and processes. It outlines how a public health approach, harm minimisation strategies and international conventions can provide the base for protecting the integrity of democratic systems.

Dr Adams’ practice as a clinical psychologist led him into a range of new initiatives in violence, mental health and addiction services. He is employed as associate professor at the University of Auckland where he has set up a new department with a focus on community development and a Centre for Gambling Studies.