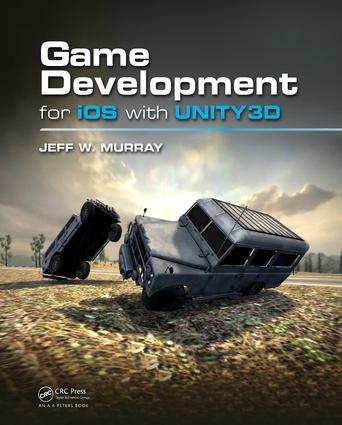 Game Development for iOS with Unity3D

Demystifies the Processes of Game DevelopmentGame Development for iOS with Unity3D takes you through the complete process of Unity iOS game development. A game developer for over 12 years, the author presents production-proven techniques and valuable tips and tricks needed to plan, build, test, and launch games for the iPhone, iPod, and iPad. He wa

Designing Your Game. Getting Set Up for iOS Development. Setting Up Unity and Your Mac for iOS Development. Basics of the Unity Editor. Building a Game in Unity iOS: The Roll-a-Ball Game. Making a Kart-Racing Game. Debugging and Script Optimization. Optimizing for File Size and Performance. Publishing to the iTunes Store. Thinking Outside the Box. Glossary. Index.

Jeff W. Murray runs PsychicParrot Games, which develops iOS, Android, downloadable, and browser-based games and explores experimental game technologies such as brainwave readers and robotics. He has programmed and designed games as a hobby for nearly 30 years and has worked in game development and browser-based entertainment for over 12 years, working with companies such as Microsoft, RealNetworks, and Sony.