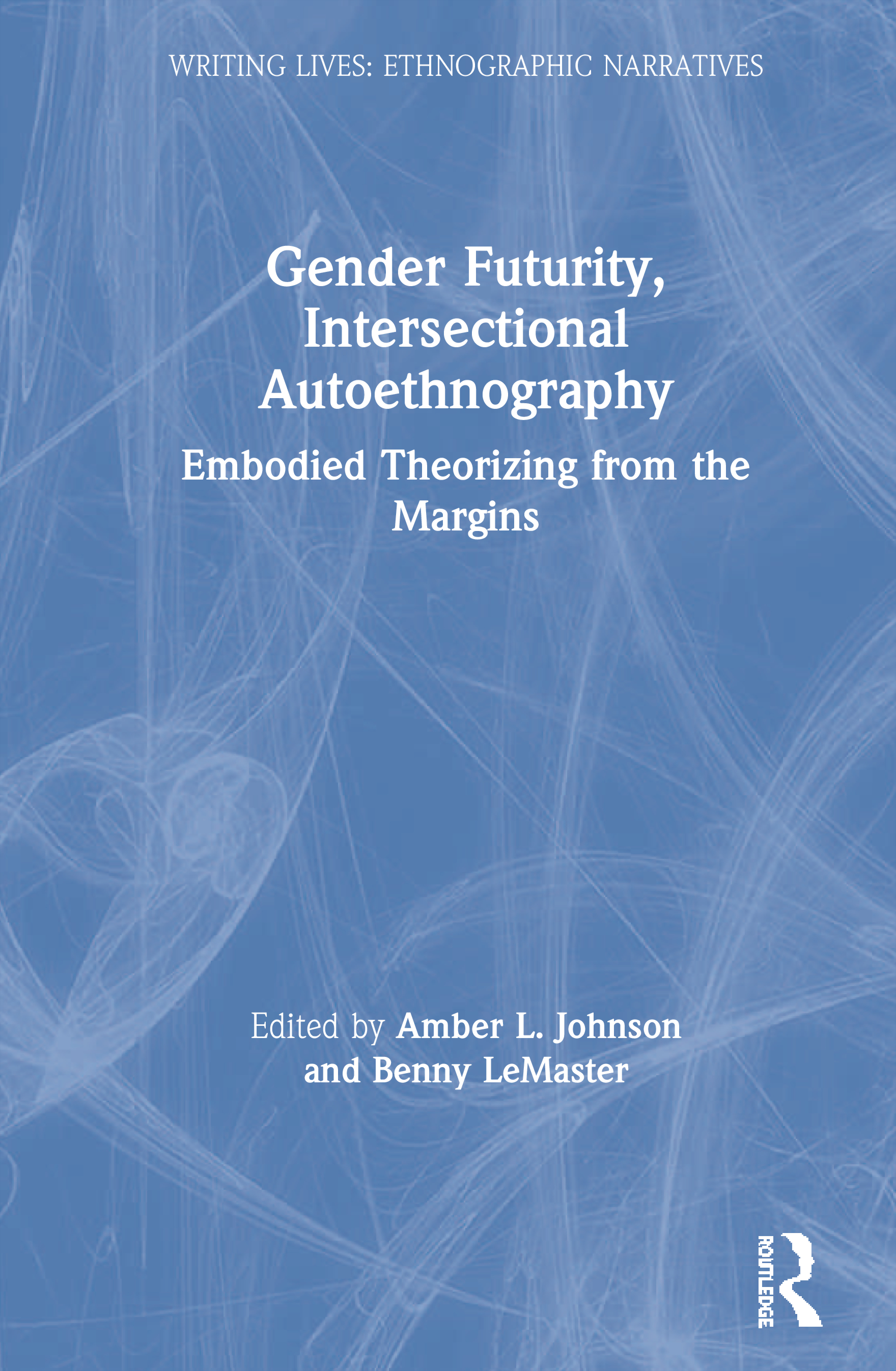 Gender Futurity, Intersectional Autoethnography showcases a collection of narrative and autoethnographic research that unpacks the complexity of gender at its intersections, i.e. by ability, race, sexuality, religion, beauty, geography, spatiality, community, performance, politics, socio economic status, education, and many other markers of difference.

The book focuses on gender as it is lived, chaperoned, and chaperones other social identity categories. It tells stories that reveal problematic gender binaries, promising gender futures, and everything in between - they ask us to rethink what we assume to be true, real, and normal about gender identity and expression. Each essay, written by both gender variant and cisgender scholars, explores cultural phenomena that create space for us to re-imagine, re-think, and create new ways of being.

This book will be useful for undergraduate, postgraduate and professional degree students, particularly in the field of gender studies, qualitative methods and communication theory.

Section I: Existence as Disruption

are you boy or girl? J Nyla

Disrupting Compulsory Performances: Snapshots and Stories of Masculinity, Disability and Parenthood in Cultural Currents of Daily Life Julie A Scott

Dancing at the Intersections: Heteronormativity, Gender Normativity and Fatness in the Adult Dance Studio Miranda Olzman

Are We Queer Yet?: Queerness on the Horizon in Academia Bernadette Marie Calafell & Shinsuke Eguchi

I was the first to tie my laces. Nora J. Klein

Beauty in the Intersections: Reflections on Quiet Suffering Amber Johnson

If Rigor is Our Dream: Theorizing Black Trans*masculine Futures through Ancestral Erotics Daniel B. Coleman

In Defense of the Tranny Chaser Billy Huff

Gender Fucked: Stories on Love and Lust or How We Released Expectation and Found Ourselves in Trans Sexual Relation Benny LeMaster & S. Donald Bellamy

Pay It No Mind by Vin Olefer

Amber L. Johnson is an Associate Professor of Communication and Social Justice at Saint Louis University and founder of The Justice Fleet, a mobile social justice museum fostering healing through art, dialogue, and play.

is Assistant Professor of Critical/Cultural Communication Studies and Performance in the Hugh Downs School of Human Communication at Arizona State University. They spend most of their time in queer and trans community laughing, making art, performing, and cooking and eating all while loving and being loved.

Writing Lives: Ethnographic and Autoethnographic Narratives publishes autoethnographic and narrative research projects across the disciplines of the human sciences—anthropology, communication, education, psychology, sociology, etc. The series editors seek manuscripts that blur the boundaries between humanities and social sciences. We encourage novel and evocative forms of expressing concrete lived experience, including literary, poetic, artistic, critical, visual, performative, multi-voiced, and co-constructed representations. We are interested in ethnographic and autoethnographic narratives that depict local stories; employ literary modes of scene setting, dialogue, character development, and unfolding action; and include the author's critical reflections on the research and writing process, such as research ethics, alternative modes of inquiry and representation, reflexivity, and evocative storytelling.