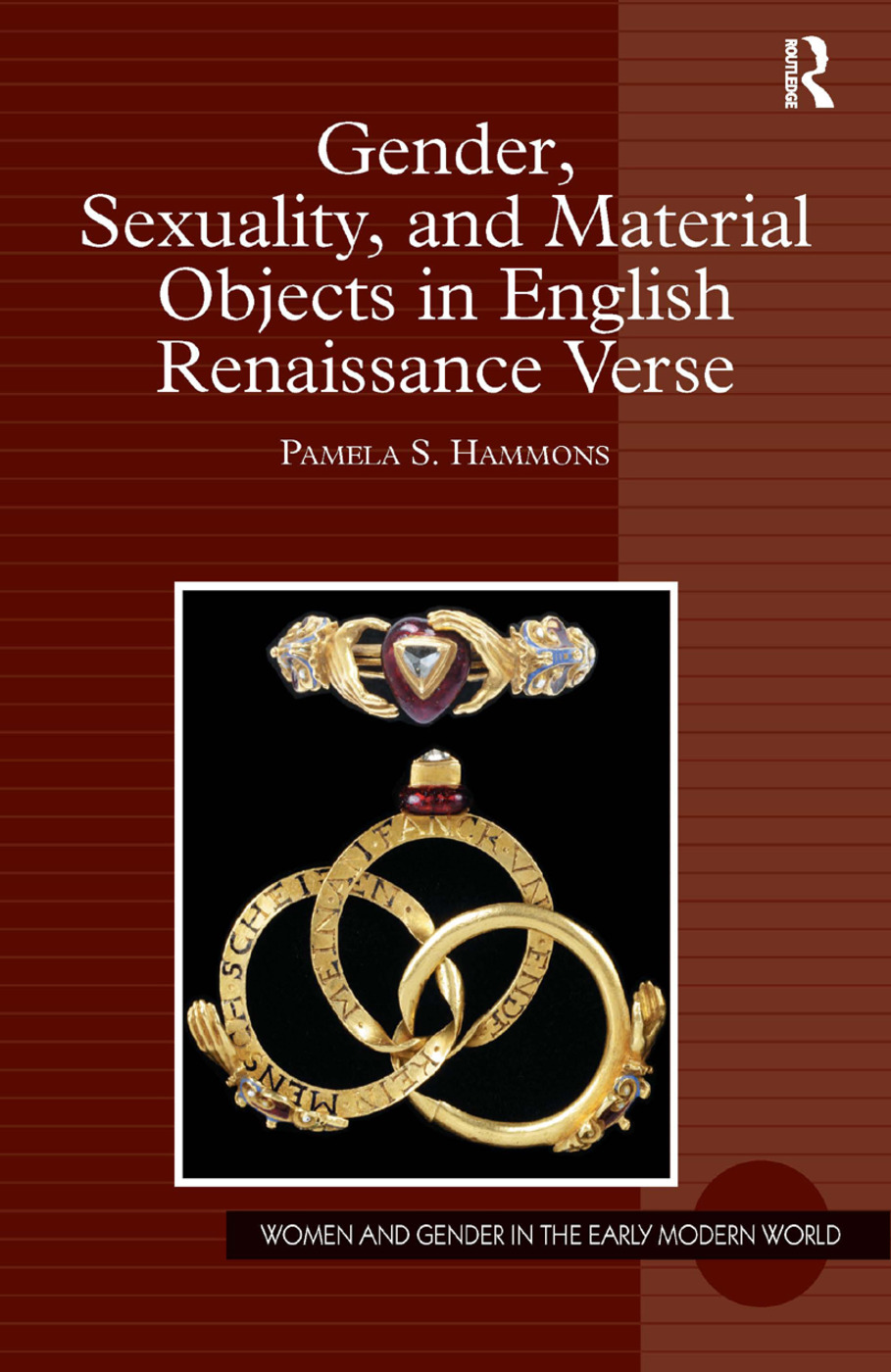 An important contribution to recent critical discussions about gender, sexuality, and material culture in Renaissance England, this study analyzes female- and male-authored lyrics to illuminate how gender and sexuality inflected sixteenth- and seventeenth-century poets' conceptualization of relations among people and things, human and non-human subjects and objects. Pamela S. Hammons examines lyrics from both manuscript and print collections”including the verse of authors ranging from Robert Herrick, John Donne, and Ben Jonson to Margaret Cavendish, Lucy Hutchinson, and Aemilia Lanyer”and situates them in relation to legal theories, autobiographies, biographies, plays, and epics. Her approach fills a crucial gap in the conversation, which has focused upon drama and male-authored works, by foregrounding the significance of the lyric and women's writing. Hammons exposes the poetic strategies sixteenth- and seventeenth-century English women used to assert themselves as subjects of property and economic agents”in relation to material items ranging from personal property to real estate”despite the dominant patriarchal ideology insisting they were ideally temporary, passive vehicles for men's wealth. The study details how women imagined their multiple, complex interactions with the material world:the author shows that how a woman poet represents herself in relation to material objects is a flexible fiction she can mobilize for diverse purposes. Because this book analyzes men's and women's poems together, it isolates important gendered differences in how the poets envision human subjects' use, control, possession, and ownership of things and the influences, effects, and power of things over humans. It also adds to the increasing evidence for the pervasiveness of patriarchal anxieties associated with female economic agency in a culture in which women were often treated as objects.

'…an exceptionally strong strong study of seventeenth century British poetry and its important-even crucial-relationship to a still larger, richer discourse of subjects and obects, gifts and debts, owners and renters, sovereigns and petitioners which informed the early modern worlds of economies and politics, organized an emerging print culture, and shaped many ideas about sexuality and gender.' Elizabeth Mazzola, The City College of New York, USA and author of Women's Wealth and Women's Writing in Early Modern England 'Pamela Hammons's book is a well-researched contribution to the growing list of works that strive to understand women's position in early modern culture as well as the literary landscape of that culture.'Clio '… Hammons offers an insightful consideration of the ways that early modern male and female authors conceptualize and present their relationship to important small items and to larger possessions, such as houses or land. It illuminates our understanding of both poetry and of material culture in early modern England and offers a valuable range of texts and objects that interact in ways that will inform future scholarship.' Renaissance Studies '… this is a lovely book that repeatedly reminds us of the many and insoluble ties that early modern poetry had to England's rich material culture.' Journal of British Studies '… Hammons's study successfully reveals ways in which early modern English poetry, despite thematic and stylistic overlap, presents a definite and defining gender divide. This divide illustrates the patriarchal perspectives and anxieties regarding female agency evident in poetry by male authors, as well as the tactics of women poets to give voice to independent, subjective identities, and economic agency, or female aspiration to such dominated positions of material ownership.' Parergon '…Hammons deftly finds surprising things to say instead of just validating the quality of women's writings…Hammons' books should be laud

Pamela S. Hammons is an associate professor of English at the University of Miami, USA.