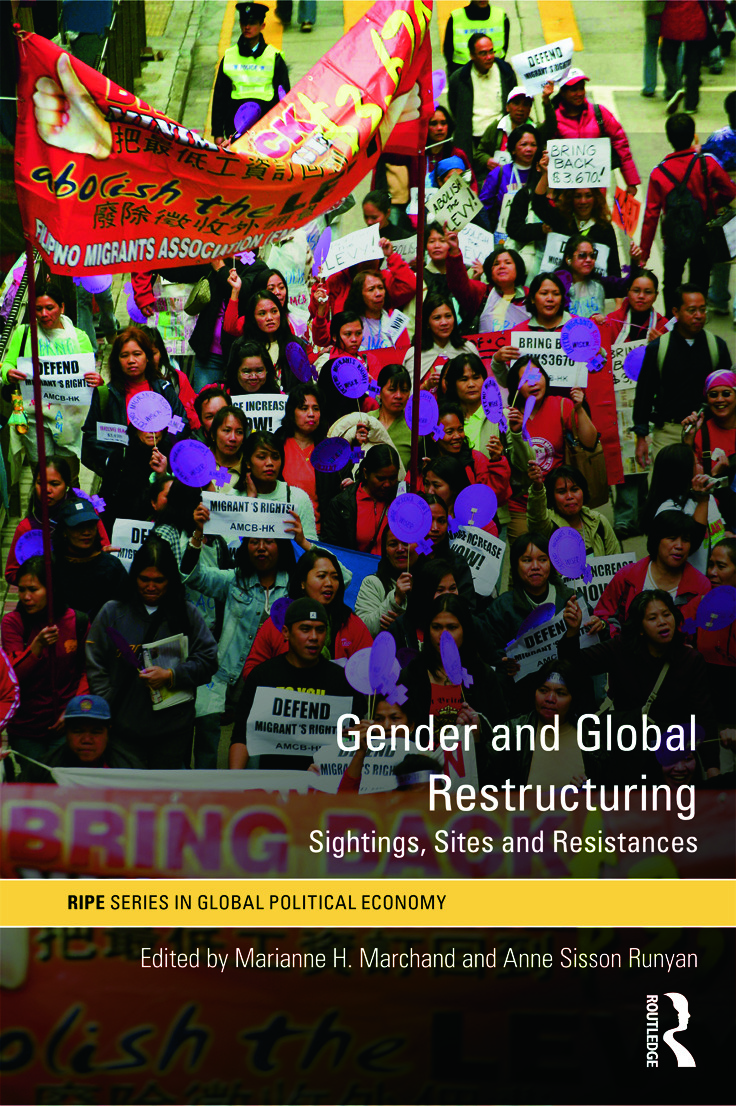 In this new edition of this best selling text, interdisciplinary feminist experts from around the world provide new analyses of the ongoing relationship between gender and neoliberal globalization under the new imperialism in the post-9/11 context.

Divided into Sightings, Sites and Resistances, this book examines:

Providing a coherent and challenging approach to the issues of gender and the processes of globalization in the new millennium, this important text will be of interest to students and scholars of IPE, international relations, economics, development and gender studies.

'This exciting collection fills an urgent need. Theorists of International Political Economy (IPE) typically neglect gender, and feminists too often neglect the Global Political Economy. In contrast, this major work brings the cutting edges of IPE and feminist scholarship into productive relation, affording not only thoughtful and thought-provoking case studies but also fresh analytical insights and conceptual breakthroughs. It demands the attention of IR theorists, political economists, feminists and all who seek to understand global restructuring and possibilities for social justice.' - Professor V. Spike Peterson, University of Arizona, USA

'This is a groundbreaking edited volume in its efforts to reveal the complex multidimensional linkages between everyday lives and transformations in subjectivities, markets, societies and states.' - Christine B.N Chin, Assistant Professor of International Relations, American University, Washington

'This volume points us to important issues and moments in the trajectory of contemporary globalisation, capturing issues many other writers ignore . . . the chapters give much food for thought, and demonstrate the originality and creativity of gender analysis.' - Ruth Pearson, Gender and Development, Vol. 19, 2, July 2011

'A new edition from Marchand and Runyan is cause for celebration. They and their smart contributors show us here so graphically that the surprising twists and turns of today's globalizing trends cannot be realistically tracked without taking women's working lives and political resistances seriously.' - Cynthia Enloe, author of Nimo's War, Emma's War: Making Feminist Sense of the Iraq War

'Bringing together leading scholars in international political economy, Gender and Global Restructuring illuminates the changing effects of neoliberal economic policies on the governance of intimacy, family formation, and the production of raced, gendered, sexualized identities. Sweeping in scope, the volume provides new insights into the complex dynamics of nationstates, international institutions, and transnational social movements as they grapple with increasing inequalities in the twenty-first century.' - Mary Hawkesworth, Rutgers University, Editor, Signs: Journal of Women in Culture and Society

'An important and timely reconsideration of the ways in which global restructuring includes the restructuring of the ‘intimate’. As the cases in this volume remind us, reconfigurations of neoliberalism involve not only structural-level phenomena, but processes that both impact and depend upon subjects and subjectivities, race, gender and sexuality. This is particularly important not only in thinking through global restructuring in the post-9/11 era of economic dislocation and collapse, but as is demonstrated throughout this collection, it is central as well in locating sites of resistance.' - Sandra Whitworth, Editor, International Feminist Journal of Politics, Professor of Political Science, York University, Canada

Anne Sisson Runyan is Professor of Women's Studies and former Head of the Department of Women's Gender, and Sexuality Studies at the University of Cincinnati, USA.