Geneses
A Comparative Study of the Historiographies of the Rise of Christianity, Rabbinic Judaism, and Islam 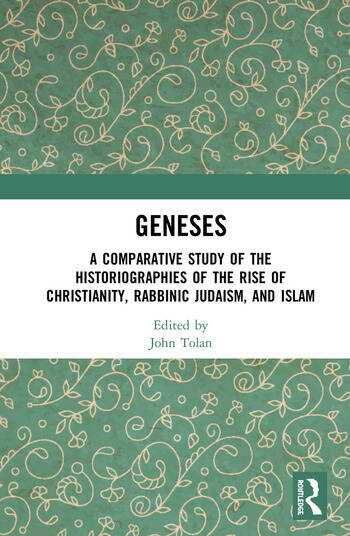 Geneses: A Comparative Study of the Historiographies of the Rise of Christianity, Rabbinic Judaism, and Islam

What is a religion? How do we discern the boundaries between religions, or religious communities? When does Judaism become Judaism, Christianity become Christianity, Islam become Islam? Scholars have increasingly called into question the standard narratives created by the various orthodoxies, narratives of steadfastness and consistency, of long and courageous maintenance of true doctrine and right practice over the centuries, in the face of opposition (and at times persecution) at the hands of infidels or heretics.

The 11 chapters in this book, Geneses: A Comparative Study of the Historiographies of the Rise of Christianity, Rabbinic Judaism and Islam, written by an international group of specialists the languages, religions, laws and cultures of early Judaism, Christianity and Islam, tackle these questions through a comparative study of these narratives: their formation over time, and their use today. They explore three key aspects of the field: (1) the construction (and scholarly deconstruction) of the narratives of triumph (and defeat) of religions, (2) how  legal imperatives are constructed from religious narratives and sacred texts, and (3) contemporary ramifications of these issues. In doing so, they tap into the significant body of research over the last 30 years, which has shown the fluidity and malleability of these religious traditions in relation to each other and to more traditional "pagan" and Zoroastrian religions and philosophical traditions.

This book represents an important contribution to, and a valuable resource for, the burgeoning field of comparative history of the Abrahamic religions.

I. Narratives of Triumph and defeat

John Tolan has studied at Yale University, USA (BA Classics), University of Chicago, USA (MA and PhD History) and the Ecole de Hautes Etudes en Sciences Sociales in Paris (HDR); he is Professor of History at the University of Nantes, France and member of the Academia Europaea. He has been awarded numerous prizes and distinctions, including two major grants from the European Research Council and the Prix Diane Potier-Boès from the Académie Française (2008). He is author of numerous articles and books, including Petrus Alfonsi and His Medieval Readers (1993), Saracens: Islam in the Medieval European Imagination (2002), Sons of Ishmael (2008), Saint Francis and the Sultan (2009) and Muhammad the European (2019).