Genome editing methods are becoming routine tools for molecular and cell biologists. Such tools include ZFNs, CRISPR, megaTALs and TALENs. These tools are revolutionizing the creation of precisely manipulated genomes to modify the characteristics of organisms or cells. Additionally, gene drives have altered the way we understand inheritance laws. They give us the ability to have total control of the inheritance of traits of choice and importance. This succinct volume summarizes the history, principles, and applications – as well as the advantages and disadvantages – of each of these tools and various kinds of gene drives. The book is part of a program to produce books helpful to students and faculties of science at colleges and universities. This volume in the Pocket Guides to Biomedical Sciences series will help demystify these technologies. The book fills the gap between established conventional methods and the novel and exciting newly introduced tools of genome editing and gene drives. It will help young scientists understand the emerging genome editing tools and gene drives thereby promoting related research and adoption.

Reagan Mudziwapasi is a biotechnology researcher, lecturer and entrepreneur. He is a co-founder and Operations Director at EnviroBiotech Solutions Africa, a company that develops biotechnology-based solutions. Reagan has authored several peer-reviewed journals, is a patent holder and has made several inventions and conducted several consultancies. He has contributed to various discussions on biotechnology, entrepreneurship and energy inter alia. Reagan promotes awareness on genetic engineering and its safe and responsible use. He helps marginalized communities and upcoming inventors protect their intellectual property.

Farai Faustos Mashiri has been an Agricultural Science and Biology educator since 2009 at various institutions in Zimbabwe and recently South Africa. He got his BSc in Agriculture and Natural Resources in 1999 from Africa University and Post Graduate Diploma in Education from Lupane State University. After graduating, his early career engagements included technical work for private enterprises in the Agricultural sector, mainly in aquaculture and horticulture. He is currently undertaking postgraduate studies in Animal Breeding and Biotechnology. His research interests are in Tilapia breeding, genome editing and gene drives. His areas of interest also span the fields of Bioinformatics, Genomics, and Data Analysis using R and Python.

Irvonnie Shoko is a founder of Divin Chen Agribusiness Solutions where she offers consultancy and training services in livestock production. She joined Midlands State University in 2019 as a part-time lecturer in Animal Breeding and Physiology. Prior to that, she was a research scientist at SIRDC. During her tenure at SIRDC, she helped the company to set up a robust livestock breeding and production project. She is a graduate of the University of Zimbabwe where she obtained a BSc in Animal Science and an MSc in Biotechnology. She is currently working towards an MSc in Animal Breeding and Biotechnology at Lupane State University. She currently lives in Harare, Zimbabwe with her family. She enjoys empowering communities in agribusiness. When not working, she enjoys nature walks and swimming.

Berlinda Ncube is a cofounder of Go Science Club where she helps learners come up with science projects. She joined Zezani High School in 2018 as a chemistry teacher. She is a graduate of the National University of Science and Technology where she obtained a BSc Hons in Applied Biology and Biochemistry and Zimbabwe Open University where she obtained a postgraduate Diploma in Education. She is currently working towards obtaining an MSc in Applied Animal Breeding and Biotechnology at Lupane State University. She spends most of her time empowering the Girl Child and enjoys reading novels and surfing the net. She currently lives in Bulawayo, Zimbabwe with her family.

Fortune N. Jomane is an animal scientist who specializes in animal breeding and genetics. He holds a BSc in Agriculture (Animal Science), an MSc in Agriculture (Animal Science) and a Ph.D. in Agriculture specializing in Animal Breeding and Genetics. His passion is enhancing animal production through exploiting genetics. He has published several peer-reviewed papers in animal breeding and genetics. He is a senior lecturer and Chairperson of the Department of Animal Science and Rangeland and Lupane State University. He is the secretary for the beef and leather value chain technical assistance project implemented by the Government of Zimbabwe through the Ministry of Industry and Commerce, and the Ministry of Lands, Agriculture, Fisheries, Water and Rural Resettlement.

Dr. Ryman Shoko is a Senior Lecturer in the Department of Biological Sciences at the Chinhoyi University of Technology. His areas of expertise include molecular biology, proteomics bioinformatics and computational systems biology.

Ringisai Chekera is an animal scientist who specializes in animal breeding. She holds a BSc in Agriculture (Animal Science) and an MSc in Agriculture (Animal Breeding and Biotechnology). She has a great passion for building the resilience of livestock farmers through the use of various breeding strategies. She has contributed to the Resilience Knowledge Hub as a researcher in a project implemented under the ZRBF project to enhance the resilience of smallholder poultry farmers.

Dr. Rutendo Nyamusamba’s passion lies in development and being a voice for the seemingly voiceless. It is this passion that drives her desire for research. She uses a holistic approach in solving food system challenges. Her research and professional background are strongly rooted in Agronomy and Physiology of field crops focusing on Sustainable Crop Production and Weed Science. She is currently working on the integration of livestock in cropping systems for both commercial and small-scale farmers.

Dr. Nyamusamba has a Ph.D. in Agronomy with a minor in Statistics; an MSc. in Plant Science from South Dakota State University, USA and a BSc. in Agriculture with an Agribusiness specialty from Africa University in Mutare, Zimbabwe. She teaches modules in Weed Science, Plant Physiology, Crop Production, Sustainable Agriculture and Statistics. Occasionally she assists with some specific modules in Agricultural Economics such as Econometrics.

Jemethious Dube has been an agricultural scientist. He holds a diploma in Agriculture from Esigodini College, a BSc in Agriculture Management, a BSc Special Honors Degree in Crop Science and a Master’s Degree in Business Administration, all from the Zimbabwe Open University. He also holds a postgraduate diploma in education from Lupane State University. He is studying towards an MSc Crop Science (Plant Breeding) with Lupane State University. His passion for the field saw him attaining. He has vast experience working with financial institutions and non-governmental organizations. He is very passionate about fieldwork.

Moira Amanda Mubani is a very talented and hardworking young scientist. She holds a BSc Honors Degree in Biotechnology and is currently in her final year completing her Master's Degree in Applied Pharmaceutical Science. She is into computational chemistry, where she developed ways of analyzing a substantial amount of data. She uses molecular modeling and bioinformatics to design novel anti-tuberculosis and anticancer drugs. Moira Amanda also works on Ethno-Pharmaceuticals projects where she is involved in cannabis research. Moira has been working at the National Biotechnology Authority (NBA) since October 2019. She was seconded by NBA to work at the African Institute of Biomedical Science and Technology (AiBST) in 2020. At AiBST gained substantial knowledge and experience in Genomics and Bioinformatics technologies. She also on the National Biobank project. Moira was recently seconded to work on the Biobanking project with Dr. Justen Manasa at the University of Zimbabwe innovation hub. This project is key in the establishment of the Zimbabwe Genomics Center. Moira was among the 10 people selected to participate in a hands-on workshop training in advanced genomics technologies organized by the Biomedical Research and Training Institute. This workshop further equipped her with skills in genome sequencing, bioinformatics, big data analysis software and next-generation sequencing in relation to Covid and HIV research. Moira lives in Harare and when she is not at work Moira devotes her time to attending church services and spending quality time with her family.

Clophas Z. Ncube is an Animal Science and Agribusiness Practitioner. He has over ten years of continuous work experience. He started his professional career by working as a field officer under a USAID-funded project for five years in Victoria Falls and Gwanda districts. Currently, he is working as the national project coordinator of the Green Jobs project for the Food and Agriculture Organisation (FAO) of the United Nations where his main goal is to promote rural youth employment. Prior to this, he was an Agriculture team leader for five years under a USAID-funded project where he was promoting agricultural livelihoods in Gwanda and Bulilima districts. In 2018, he was awarded the Australian awards scholarship to study Agribusiness concentrating on value chains. Mr. Ncube is a holder of a Master of Science Degree in Agribusiness from Africa University in Mutare, Zimbabwe, a BSc in Agricultural Science and a BSc in Agricultural Science Honors Degree in Animal Science. He is currently a student for the Master of Science Degree in Animal Breeding and Biotechnology at Lupane State University. When he is not working or studying, Mr. Ncube enjoys spending time with his family in Bulawayo, Zimbabwe.

Mpumuzi Masuku is a final year student at Lupane State University studying towards a Master of Science Degree in Animal Breeding and Biotechnology. He holds a BSc Honors Degree in Agriculture (Animal Science) from the University of Zimbabwe. He is detail-oriented and values self-actualization immensely. He aims to leverage proven knowledge of research in Animal Breeding, Molecular Biotechnology and Genomics.

Thandanani Moyo obtained a BSc (Hons) in Applied Biology & Biochemistry from NUST, Zimbabwe. Currently, he is studying towards an MSc in Animal Breeding and Biotechnology at Lupane State University. His research interests are molecular breeding and animal health. He is currently working as a lab Scientist at a diagnostics laboratory.

Charity Chimbo is a Biology and Agriculture Science educator since 2010. She holds a BSc Honors Degree in Agriculture (UZ), Post Graduate Diploma in education (ZOU) and is studying towards an MSc in Animal Breeding and Biotechnology with LSU. Her research interests are in genomics and bioinformatics. 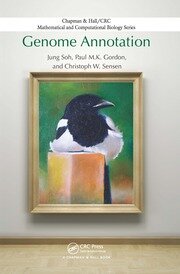 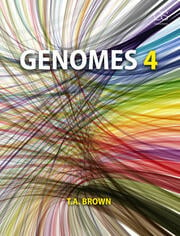 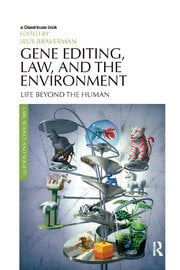