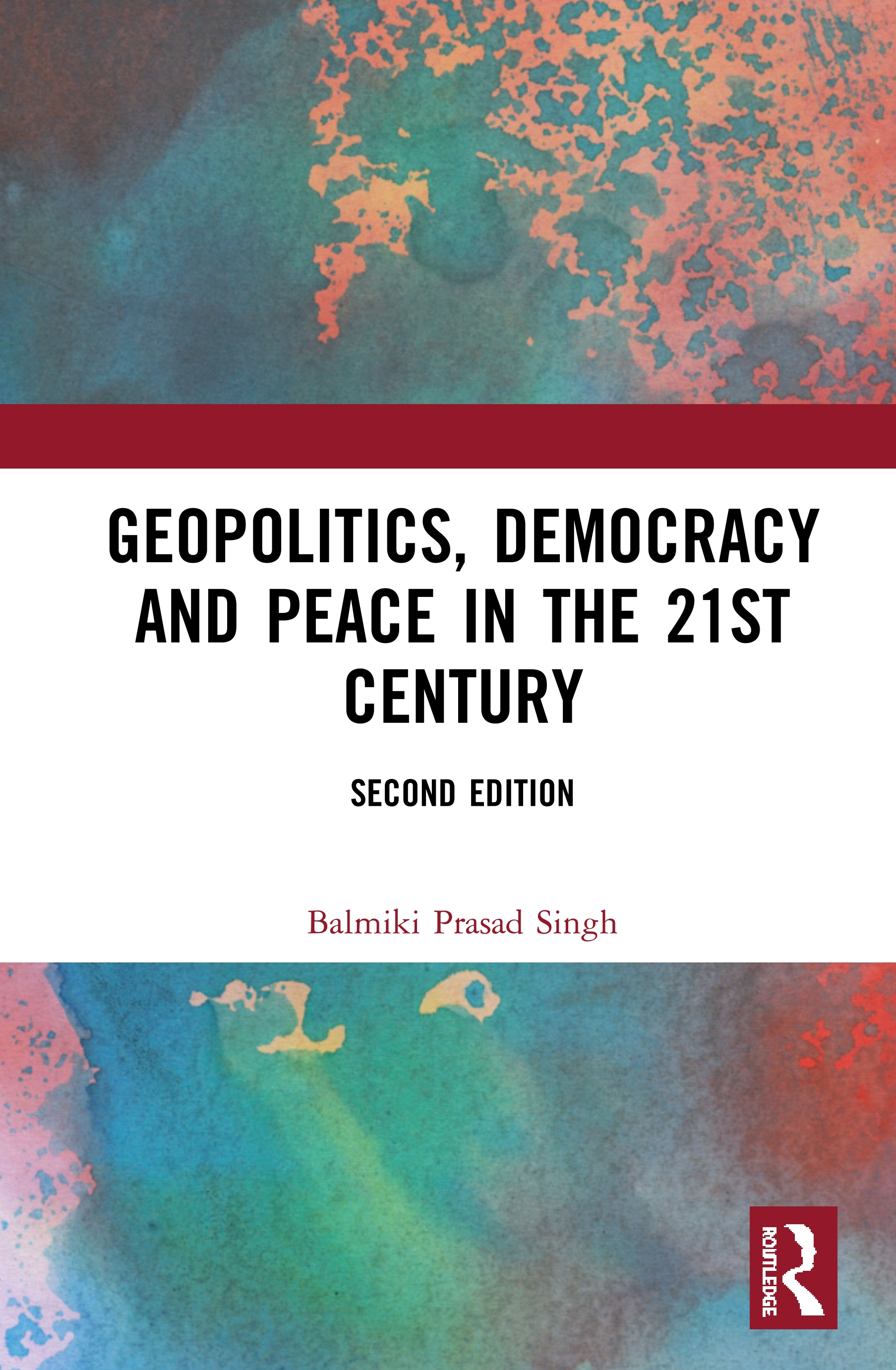 Geopolitics, Democracy and Peace in the 21st Century

This book examines a wide range of issues that are expected to play a dominant role in shaping the 21st century. Delineating key concerns in geopolitics, democracy and peace, it studies the functions and influences of educational institutions, progressive religious and social groups, communities, international institutions such as the United Nations (UN); and forums promoting inter-faith dialogue. The author underscores how the century may be forged by a pluralist ethos: multiple and diverse nation states, centres of power, faiths, cultures, economies, and languages. He stresses the need to nurture moral strength and enlightened leadership for a life of compassion, peace and holistic development.

In his second edition, the author further examines what the future holds for democracy. The volume takes stock of the recent developments in world politics, and highlights the urgent need for the Bahudha approach — inculcating a culture of dialogue and debate for peaceful resolution of conflicts. Lucid and engaging, this book will interest scholars and researchers of political studies, international relations, public policy, governance and development studies.

‘[This book] explores the importance of pluralism, science and spirituality, democracy, good governance and ecology . . . As a distinguished scholar, thinker and public servant the author is well-known for advocating a more harmonious world . . . Readers will find [this work] stimulating and . . . inspir[ing].’

‘A major contribution to understanding the most urgent geopolitical issues of our time. Singh’s creative analysis challenges conventional wisdom and also provides a fascinating roadmap for the global future. Both scholars and general readers will find this a stimulating work full of new perspectives and original insights. Essential reading for those concerned with the human prospect.’

‘A timely book that attracts our attention to the problems of the 21st century. This bold re-thinking as well as careful new thinking around the unresolved question—how do we live with peace and harmony—charts a road to transformation . . . [This book] should be on the shelf of everyone hoping to play a role.’

‘Represents a valuable set of insights into the current dilemmas.’

‘A much-needed book by an eminent administrator and scholar which suggests a way between the two extremes that threaten our world, fundamentalism and nihilism.’

Message from His Holiness the Dalai Lama. Foreword by Ralph Buultjens. Preface. Acknowledgements. Prologue to the Second Edition. Prologue. 1. Building Peace: The Bahudha Approach 2. Interplay of Ideas: The Indian Story 3. Ecological Issues in the Himalayan Region 4. Science, Spirituality and Ways of Living: A Plea for Integrated Education 5. Democracy and its Consequences 6. Good Governance: A Narrative from Democratic India 7. The Emerging World: Challenges and Possibilities. Epilogue.Select Bibliography. Index

Balmiki Prasad Singh is former Governor of Sikkim, India. Earlier, he was Culture Secretary and Home Secretary, Government of India and Executive Director and Ambassador at the World Bank, Washington, D.C. He received his education at the Universities of Patna and Oxford and has been the recipient of several awards and fellowships and delivered lectures at national and global congregations. He has been Additional Secretary, Ministry of Environment and Forests, Government of India, Asia’s Representative on Ramsar Convention, a founder member of the Development Gateway Foundation, and Member, Global Environment Facility, Washington D.C. He has held various honorary academic and governmental assignments as Chancellor, Central University of Tibetan Studies, Sarnath; Chief Editor of book series ‘Perspectives on Economics, Technology and Governance’; President, Namgyal Institute of Tibetology; Chancellor, Sikkim Manipal University; and Mahatma Gandhi National Fellow. He is the author of many books, including The Problem of Change: A Study of North-East India (1987); India’s Culture: The State, the Arts and Beyond (1998);and Bahudha and the post-9/11 World (2008).