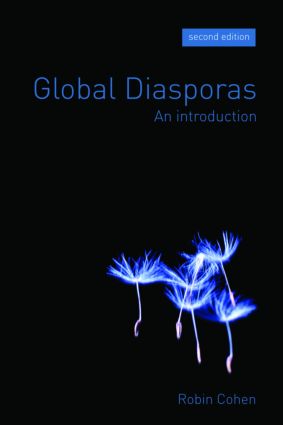 In a perceptive and arresting analysis, Robin Cohen introduces his distinctive approach to the study of the world’s diasporas. This book investigates the changing meanings of the concept and the contemporary diasporic condition, including case studies of Jewish, Armenian, African, Chinese, British, Indian, Lebanese and Caribbean people.

The first edition of this book had a major impact on diaspora studies and was the foundational text in an emerging research and teaching field. This second edition extends and clarifies Robin Cohen’s argument, addresses some critiques and outlines new perspectives for the study of diasporas. It has also been made more student-friendly with illustrations, guided readings and suggested essay questions.

'Cohen’s erudition is vast… his interpretations are solid and well informed. By and large one can only marvel at the scope of Cohen’s learning and the richness of his vocabulary.' – Mark J. Miller, University of Delaware, Journal of World History, Fall 1999

Preface to the Second Edition 1. Four Phases of Diaspora Studies 2. Classical Notions of Diaspora: Transcending the Jewish Tradition 3. Victim Diasporas: Africans and Armenians 4. Labour and Imperial Diasporas: Indentured Indians and the British 5. Trade and Business Diasporas: Chinese and Lebanese 6. Diasporas and their Homelands: Zionists and Sikhs 7. Deterritorialized Diasporas: The Black Atlantic and the Lure of Bombay 8. Mobilizing Diasporas in a Global Age 9. Studying Diasporas: Old Methods and New Topics

Robin Cohen is Professorial Fellow at Queen Elizabeth House, University of Oxford. He taught for many years at Warwick and has also held appointments at the Universities of Ibadan, the West Indies and Cape Town. His other books include The New Helots (2003), The Cambridge Survey of World Migration (edited, 1995), Frontiers of Identity (1994), Migration and its Enemies (2006) and Global Sociology, with Paul Kennedy (rev. 2007).