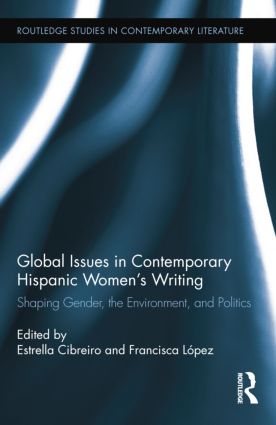 This collection explores the contributions of Hispanic women writers to ongoing Western debates on gender, power, ethics, and the environment, offering a wide range of essays that specifically portray the ways in which contemporary writers focus on issues of global impact in a deliberate and purposeful manner. The contributors analyze texts pertaining to all literary genres, examining a myriad of ethical, philosophical, and political perspectives including feminism, postcolonial theories, cultural and gender studies, information age studies, and ecofeminism.

The book visits continuities and discontinuities among Spanish and Latin American women with regards to the ways in which they approach writing as a political weapon: to express ecological concerns; to denounce social injustice; to re-articulate existing paradigms, such as local versus global, violence versus pacifism, immigrant versus citizen; and to raise consciousness about racist, sexist, and other discriminatory practices. Such use of writing as an instrument of ethical and political exploration is underlined throughout the different articles in the volume as the authors emphasize pluralism, social justice, gender equality, tolerance, and political representation.

This book offers readers a broad perspective on the multiple ways in which Hispanic women writers are explicitly exploring the social, political, and, economic realities of our era and integrating global perspectives and gender concerns into their writing, highlighting the unprecedented level of sociopolitical engagement practiced by 20th and 21st century Hispanic women writers.

'This collection of thirteen critical essays exhorts all reader to enact a politics of possibility and advocate for equality at the global and local scales.' - Mari Pino del Rosario, Hispania

Estrella Cibreiro is Professor of Spanish at the College of the Holy Cross, US.

Francisca López is Professor of Spanish at Bates College, US.