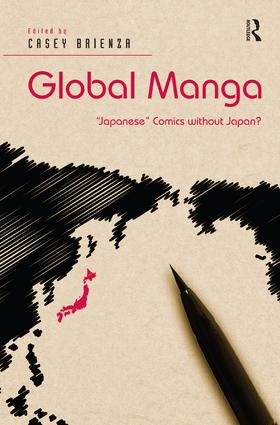 Outside Japan, the term ’manga’ usually refers to comics originally published in Japan. Yet nowadays many publications labelled ’manga’ are not translations of Japanese works but rather have been wholly conceived and created elsewhere. These comics, although often derided and dismissed as ’fake manga’, represent an important but understudied global cultural phenomenon which, controversially, may even point to a future of ’Japanese’ comics without Japan. This book takes seriously the political economy and cultural production of this so-called ’global manga’ produced throughout the Americas, Europe, and Asia and explores the conditions under which it arises and flourishes; what counts as ’manga’ and who gets to decide; the implications of global manga for contemporary economies of cultural and creative labour; the ways in which it is shaped by or mixes with local cultural forms and contexts; and, ultimately, what it means for manga to be ’authentically’ Japanese in the first place. Presenting new empirical research on the production of global manga culture from scholars across the humanities and social sciences, as well as first person pieces and historical overviews written by global manga artists and industry insiders, Global Manga will appeal to scholars of cultural and media studies, Japanese studies, and popular and visual culture.

’With respect to manga research, this volume appears groundbreaking in several regards. First of all, the suggestion to look beyond Japan� challenges the alleged monopoly of Japanese studies in the matter in general and, in particular, the inclination of subsuming manga-esque graphic narratives under Japanese popular culture� wholesale. Second, by engaging industry insiders and academia-based critics in an implicit dialogue on its pages, this volume indicates a timely direction for media studies. The inclusion of Southeast Asian and South American perspectives also deserves credit.’ Jaqueline Berndt, Kyoto Seika University, Japan ’There's a whole planet of manga out there. Casey Brienza has gathered insightful experts, industry insiders and established and aspiring creatives to take us on a tour of how manga has been adopted and adapted around the world. Ranging from transnational million-sellers to self-published micro-editions, from Euromanga, Filipino comics or Brazil's Japanese diaspora to the Nouvelle Manga movement or Marvel's Mangaverse, from print to pixels, from successes to failures, this compendium charts the ongoing reinventions and redefinitions of manga in the twenty-first century with illuminating perception and thought-provoking panache.’ Paul Gravett, author of Manga: Sixty Years of Japanese Comics and editor of 1001 Comics You Must Read Before You Die

Casey Brienza is Lecturer in Publishing and Digital Media in the Department of Culture and Creative Industries at City University London, UK.