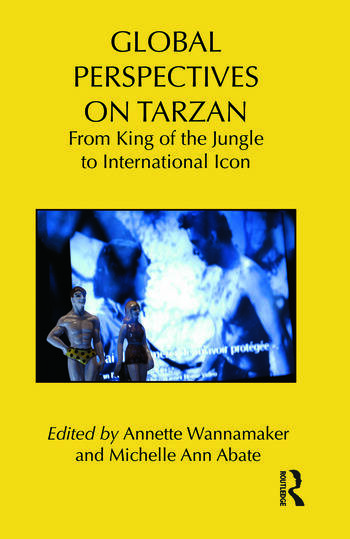 Global Perspectives on Tarzan: From King of the Jungle to International Icon

This collection seeks to understand the long-lasting and global appeal of Tarzan: Why is a story about a feral boy, who is raised by apes in the African jungle, so compelling and so adaptable to different cultural contexts and audiences? How is it that the same narrative serves as the basis for both children’s cartoons and lavish musical productions or as a vehicle for both nationalistic discourse and for light romantic fantasy? Considering a history of criticism that highlights the imperialistic, sexist, racist underpinnings of the original Tarzan narrative, why would this character and story appeal to so many readers and viewers around the world? The essays in this volume, written by scholars living and working in Australia, Canada, Israel, The Netherlands, Germany, France and the United States explore these questions using various critical lenses. Chapters include discussions of Tarzan novels, comics, television shows, toys, films, and performances produced or distributed in the U.S., Canada, Israel, Palestine, Britain, India, The Netherlands, Germany and France and consider such topics as imperialism, national identities, language acquisition, adaptation, gender constructions, Tarzan’s influence on child readers and Tarzan’s continued and broad influence on cultures around the world. What emerges, when these pieces are placed into dialogue with one another, is an immensely complex picture of an enduring, multi-faceted global pop culture icon.

Introduction: Think Locally, Swing Globally: The Adventures of Tarzan from American Ape-man to International Icon Annette Wannamaker and Michelle Ann Abate  I. Tarzan as U.S. Cultural Export  1. "An Axe in the Hands of a Burly Negro Cleft the Captain from Forehead to Chin": Tarzan of the Apes and the American Urban Jungle Michelle Ann Abate 2. "Now Tarzan Make War!": World War II Tarzan films, profits and propaganda Annette Wannamaker  3. Tarzan Swings onto Disney's Broadway  Ken Cerniglia  II. Global Contexts  4. Return to Tarzan: Rereading a Canadian Childhood Favorite  Jon C. Stott  5. "Tarzan under Attack: Youth, Comics, and Cultural Reconstruction in Postwar France" Richard Ivan Jobs  6.  Contending Simulacra: Tarzan in Postcolonial India  Ronnie Parciack  7. With a Star of David he Swings: Tarzan in the Holy Land  Alon Raab and Eli Eshed  III. Global issues  8. "We Would Each Like to Be Like Tarzan": Re-Examining Female Readers of Burroughs’ Tarzan Series Clare Mulcahy  9. On the Origin of Men: Boyhood, Darwinism and Tarzan of the Apes  Michelle Smith  10. Evolution and Race on the Island of Caspak: How Tarzan and T-Rex Decode Manhood in the Comic that Time Forgot  Aaron Clayton

Michelle Ann Abate is an associate professor of English at Hollins University. Michelle is the author of the books Raising Your Kids Right: Children’s Literature and American Political Conservatism (2010) and Tomboys: A Literary and Cultural History (2008). Also, with Kenneth B. Kidd, she co-edited the collection Over the Rainbow: Queer Children’s and Young Adult Literature (2011).

'Highly recommended. In the past few years, Tarzan has been resurrected as a subject of serious scholarship... This is a welcome, important addition to cultural studies.' G.R. Butters Jr., CHOICE magazine