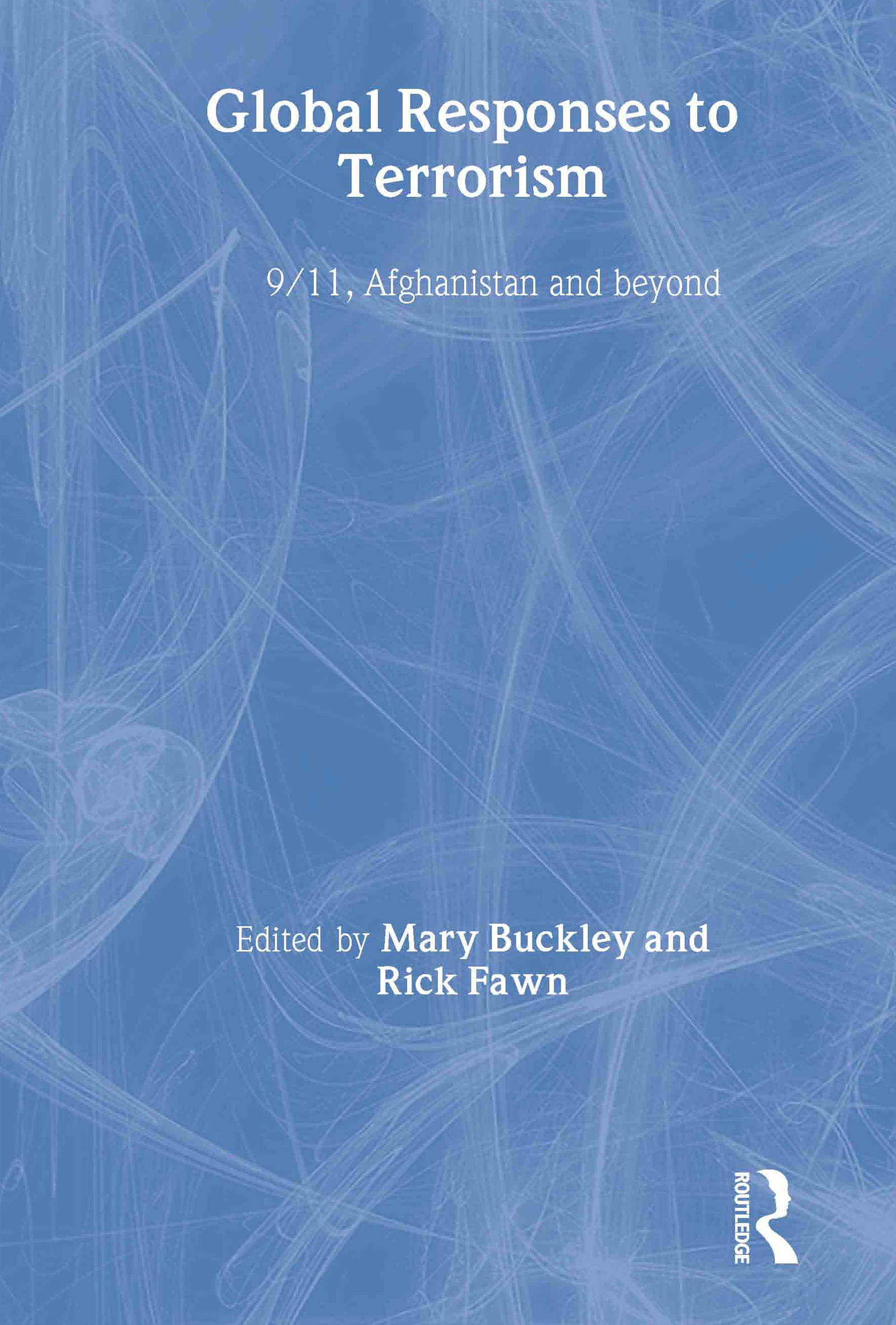 9/11, Afghanistan and Beyond, 1st Edition

The terrorist attacks of September 11th and more recent atrocities in Russia, Indonesia and Kenya have demonstrated that terrorism now poses the most dangerous threat to stability, democracy and prosperity around the world.

This major new book examines how the world has reacted to, and been affected by, the attacks on September 11th, ensuing war in Afghanistan and President George W. Bush's declaration of a 'war on terror' as the 'first war of the 21st century'. The contributions by distinguished specialists in the field examine the domestic implications of terrorism and counter terrorist initiatives across the world.

Few books can boast the quality and range of the contributions to this volume, which locate the war on terror in a truly global and intellectual context.

'Pointed and concise accounts of the impact of 9/11 on the policies of the major states and regions of the world are supplemented by thoughtful reflections on the effects of these events on international organizations and on the global economy. Besides serving as a valuable and highly accessible overview for the general reader, Global Responses to Terrorism - with its well-documented contributions by an impressive array of specialists - also addresses the needs of international relations professionals.' - Robert H. Donaldson, University of Tulsa, USA

'An excellent, comprehensive survey of the importance of 9/11 for world politics which will interest specialists and general readers alike.' - Andrew Linklater, University of Wales, Aberystwyth, UK

‘An excellent volume of short but precise analyses written by acknowledged experts in their particular field … reflects an impressively wide variety of perspectives on the responses to the attacks of al Qaeda of September 11, 2001 in the United States … a worthwhile collection that contains a good overview of the far-reaching consequences that terrorist attacks are able to trigger … a coherent and interesting book.’ - INCORE website (Ethnic Conflict Research Digest)

Introduction: world reactions to September 11th and the 'war on terror' 1. From Ground Zero to the War in Afghanistan 2. Implications for the Future of Terrorism 3. Al-Qaeda: organization and operations 4. The Superpower Response: the USA 5. Loyal Ally: the United Kingdom 6. Reluctant Moral Middle Power: Canada 7. Support from a Bicephalous Executive: France 8. Redefining its security role: Germany 9. Leadership Seeking Greater Legitimacy: Italy 10. Radical Islamist State and Secular Arab Nationalism: Iran & Iraq 11. Support with Qualification: Syria 12. Conflicting Pressures: Saudi Arabia 13. The Consequence or the Cause? Impact on the Israel/Palestine peace process 14. A Vulnerable Continent: Africa 15. Political Islam in Southeast Asia and the US-Philippine Alliance 16. Unexpectedly at Centre-Stage: Pakistan 17. In the Middle Ground: India 18. A Rising Power with Global Aspirations: China 19. Former Superpower: the Russian Federation 20. Negotiating the US Presence: The Central Asian states 21. International Organisations: UN, NATO and EU 22. Perceptions of Afghan Refugees 23. Global Economy: what has changed? 24. War Without Warriors 25. Implications for the Study of International Relations 26. The War on Terror: international implications Select Bibliography

Mary Buckley is currently an independent scholar living in London having previously enjoyed research affiliations at Michigan, Kiev, Moscow and Azerbaijan universities and teaching posts at Edinburgh and London Universities. Her books include Women and Ideology in the Soviet Union (1989), Redefining Russian Society and Polity (1993), Post-Soviet Women: From the Baltic to Central Asia (edited, 1997) and Kosovo: Perceptions of War and Its Aftermath (co-edited,2002).

Rick Fawn is a Senior Lecturer in International Relations at the University of St Andrews. Among his books are International Society after the Cold War: Anarchy and Order Reconsidered (co-edited, 1996); The Czech Republic: A Nation of Velvet (2000), and Ideology and National Identity in Post-Communist Foreign Policies (edited, 2003).