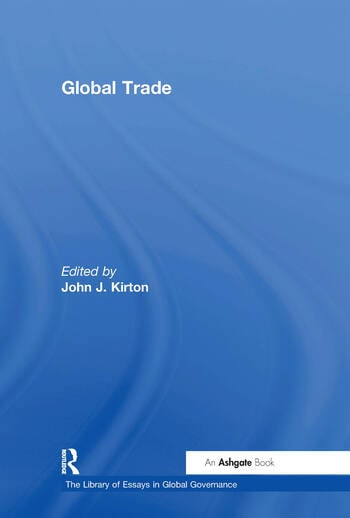 Trade has long been a core part of international relations. Bilateral, plurilateral and multilateral trade flows and agreements have arisen in many ways and in many areas over the centuries. From regional arrangements, such as the North American Free Trade Agreement, to the all-encompassing General Agreement on Tariffs and Trades and now the World Trade Organization, the system of global trade has seen struggles and successes alike. The traditional debate over liberalization and protectionism remains central today; and with ever-expanding globalization facing all states, the future of global trade seems to be no less controversial than it was centuries ago. By assembling the key scholarly works that have defined the field of global trade, this work addresses these debates and examines the past to see what the future of global trade might look like.