Globalization
The Return of Borders to a Borderless World? 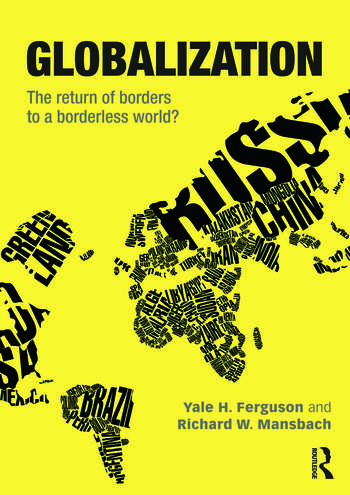 Globalization: The Return of Borders to a Borderless World?

Written by two leading scholars of global politics, Globalization: the return of borders to a borderless world? is a major new book for students of globalization. It describes and explains globalization and its origins, and examines its future in light of key recent political and global trends and events.

Yale H. Ferguson is Professorial Fellow and former Co-Director of the Division of Global Affairs, Rutgers University-Newark; and Honorary Professor, University of Salzburg, Austria. He is a Member of the European Academy of Sciences and Arts, and has been a Visiting Fellow at the University of Cambridge, the Norwegian Nobel Institute, and the University of Padova, as well as Fulbright Professor at Salzburg.