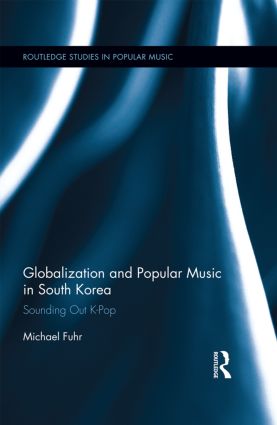 This book offers an in-depth study of the globalization of contemporary South Korean idol pop music, or K-Pop, visiting K-Pop and its multiple intersections with political, economic, and cultural formations and transformations. It provides detailed insights into the transformative process in and around the field of Korean pop music since the 1990s, which paved the way for the recent international rise of K-Pop and the Korean Wave. Fuhr examines the conditions and effects of transnational flows, asymmetrical power relations, and the role of the imaginary "other" in K-Pop production and consumption, relating them to the specific aesthetic dimensions and material conditions of K-Pop stars, songs, and videos. Further, the book reveals how K-Pop is deployed for strategies of national identity construction in connection with Korean cultural politics, with transnational music production circuits, and with the transnational mobility of immigrant pop idols. The volume argues that K-Pop is a highly productive cultural arena in which South Korea’s globalizing and nationalizing forces and imaginations coincide, intermingle, and counteract with each other and in which the tension between both of these poles is played out musically, visually, and discursively. This book examines a vibrant example of contemporary popular music from the non-Anglophone world and provides deeper insight into the structure of popular music and the dynamics of cultural globalization through a combined set of ethnographic, musicological, and cultural analysis. Widening the regional scope of Western-dominated popular music studies and enhancing new areas of ethnomusicology, anthropology, and cultural studies, this book will also be of interest to those studying East Asian popular culture, music globalization, and popular music.

"Globalization and Popular Music in South Korea does move us forward, and by quite a long way, towards a more comprehensive understanding of the remarkable phenomenon of K-Pop today." - Keith Howard, SOAS University of London

"The most valuable aspect of this book - from the perspective of someone who reads every academic book on Korean pop in English is the detailed discussion of musical song structure for K-pop songs, considering this is the first book to do so. (…) Highly recommended for researchers or libraries with a strong interest in musicology, cultural studies, cultural anthropology, popular culture, Korea studies, or Asian studies. The specific focus on the music structure of K-pop in this book truly makes it unique from its peers - and its practical description of K-pop music, videos, and business aspects makes it eminently quotable." - Raizel Liebler, The Learned Fangirl

This series is our home for cutting-edge, upper-level scholarly studies and edited collections covering Popular Music. Considering music performance, theory, and culture alongside topics such as gender, race, celebrity, fandom, tourism, fashion, and technology, titles are characterized by dynamic interventions into established subjects and innovative studies on emerging topics.