Drying and storage are two significant unit operations in the food industry and are applied to both raw and processed products including cereal grains, oilseeds, legumes, flour, noodle, coffee, and cornstarch. The common characteristic of these materials is that all of them are hygroscopic and contain water. The hygroscopic properties are influenced by their physical properties, which are influenced by their storage environments such as bins, warehouses, bunkers, and temporary storage structures. This book focuses on the storage and drying of bulk products in these storage structures.

The authors have combined their experience of teaching grain storage and drying to undergraduate and graduate students in the faculties of Agricultural and Food Sciences and Engineering. Material in the book is  organized into broad topic areas: physical properties (Chapters 1 and 2), grain temperature and moisture (Chapters 2 and 6), water in biomaterials and relationship with its environment (Chapter 3), fundamental principles of aeration, drying, and rewetting (Chapter 4), and mathematical modelling of isotherm, drying, and re-wetting (Chapter 5).

We hope our readers will benefit from the contents of the book for many decades.

Physical Properties of Bulk Grain. Thermal Properties and Temperatures in Grain Bulks. Water in Biomaterials and Relationship With Its Environment. Fundamental Principles of Aeration, Drying, and Rewetting. Mathematical Modelling of Isotherm, Drying, and Wetting. Moisture Migration in Stored Grain Bins.

is a professional engineer and associate professor in the Department of Biosystems Engineering at the University of Manitoba. Fuji was educated at the HuaZhong Agricultural University (China), Henan University of Technology (China), University of Greenwich (UK), and University of Manitoba (Canada). Fuji received his Ph.D. at the University of Manitoba in 2003, and excellence of his Ph.D. studies was recognized with the “Governor General’s Gold Medal for outstanding graduate studies academic achievement in Canada” and the “CSAE/SCGR 2004 Ph.D. Thesis Award.” After working for a grain storage company (OPI System, Calgary, Canada) for 5 years, he returned to academia as an instructor in 2010 and assistant professor in 2015. He is the recipient of the prestigious 2019 John Clark Award of CSBE/SCGAB and 2020 Merit awards in the category of research, scholarly work and creative activities, University of Manitoba. Fuji’s research interests are in the area of post-harvest grain quality, storedproduct protection, drying and aeration of grains, and sensor development with the sole purpose to enhance food safety and security. He is the leading authors in 85 of more than 100 technical articles in scientific journals, conference proceedings and books. These publications covered: (1) mathematical modelling of grain storage ecosystems; (2) insect biology and ecology inside stored grain bulks; (3) sampling inside grain bins; (4) physical property of stored grain bulks; (5) safe storage of grain and monitoring; (6) insect control and pesticide resistance; (7) grain aeration and drying; (8) sensor development; (9) biomass processing; and (10) particle segregation. Fuji published more than 30 mathematical models and his expertise in mathematical modelling and grain storage ecosystem has been instrumental in revitalization of grain storage monitoring industry. Drs. Jayas and Jian received the John Ogilvie Research Innovation Award (CSBE/SCGB) in 2021 for their work on “Mathematical models of stored-grain ecosystems for management of stored grain.” Fuji has taught Grain Storage/Crop Preservation, Plant and Animal Physiology for Engineers, Unit Operations, Transfer (mass and heat) Phenomena, and Modelling and Simulation of Biological Systems. He is currently supervising/co-supervising more than 10 M.Sc./Ph.D. students.

was educated at the G.B. Pant University of Agriculture and Technology in Pantnagar, India; the University of Manitoba; and the University of Saskatchewan. Since 2011, he is serving as Vice-President (Research and International) at the University of Manitoba. Before assuming the position of Vice-President (Research and International), he was Vice-President (Research) for two years, and Associate Vice-President (Research) for eight years. Prior to this, he was Associate Dean (Research) in the Faculty of Agricultural and Food Sciences, Head of the Department of Biosystems Engineering, and Interim Director of the Richardson Centre for Functional Foods and Nutraceuticals. For a year, he has served as Interim President of Natural Sciences and Engineering Council of Canada (NSERC). He is a Registered Professional Engineer and a Registered Professional Agrologist. Dr. Jayas is a former Tier I (Senior) Canada Research Chair in Stored-Grain Ecosystems. He conducts research related to drying, handling and storing of grains and oilseeds and digital image processing for grading and processing operations in the Agri-Food industry. He has collaborated with researchers in several countries and has had significant impact on the development of efficient grain storage, handling and drying systems in Canada, China, India, Ukraine and the United States. He has authored or co-authored over 950 technical articles in scientific journals, conference proceedings and books dealing with issues of storing, drying, handling and quality monitoring of grains. Dr. Jayas has received awards in recognition of his research and professional contributions from the Agriculture Institute of Canada, Applied Zoologists Research Association (India), American Society of Agricultural and Biological Engineers (ASABE), Canadian Institute of Food Science and Technology, Canadian Academy of Engineering, Canadian Society for Bioengineering, Engineers Canada (formerly Canadian Council of Professional Engineers), Engineers and Geoscientists Manitoba (formerly Association of Professional Engineers and Geoscientists of Manitoba), Engineering Institute of Canada, Indian Society of Agricultural Engineers, Manitoba Institute of Agrologists, National Academy of Agricultural Sciences (India), National Academy of Sciences (India), and Sigma Xi. He was the recipient of the 2017 Sukup Global Food Security Award from  ASABE, and the 2008 Brockhouse Canada Prize from NSERC. In 2009, he was inducted as a Fellow of the Royal Society of Canada and in 2018, he was appointed as an Officer of the Order of Canada. Dr. Jayas serves on the boards or committees of many organizations including: ArcticNet, Cancer Care Manitoba Projects Grants and Awards Committee, Churchill Marine Observatory (CMO), Centre for Innovative Sensing of Structures (SIMTReC), Genome Prairie, GlycoNet, Manitoba Centre for Health Policy, National Coordinating Centre for Infectious Diseases (NCCID), North Forge Technology Exchange, NSERC Council, Oceans Research in Canada Alliance Council, Research Manitoba, Research Institute of Oncology and Hematology, RITHIM Steering Committee, and TRIUMF. He has served as the President of the Agriculture Institute of Canada, the Canadian Institute of Food Science and Technology, the Canadian Society for Bioengineering, Engineers Canada, Engineers and Geoscientists Manitoba, and the Manitoba Institute of Agrologists. He currently chairs NSERC Council and the board of directors of TRIUMF and RESOLVE, a prairie research network on family violence. He also chairs the Smartpark (University’s Research and Technology park) Advisory Committee. 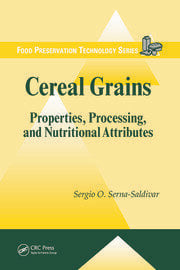 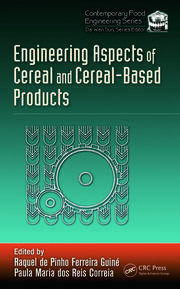 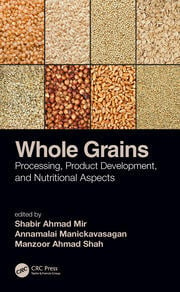