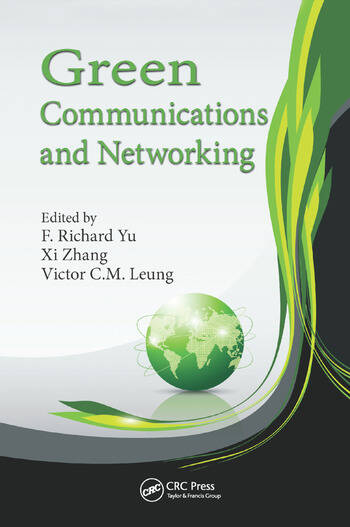 Green Communications and Networking introduces novel solutions that can bring about significant reductions in energy consumption in the information and communication technology (ICT) industry—as well as other industries, including electric power. Containing the contributions of leading experts in the field, it examines the latest research advances in green communications and networking for next-generation wired, wireless, and smart-grid networks.

He received the Carleton Research Achievement Award in 2012, the Ontario Early Researcher Award in 2011, the Excellent Contribution Award at IEEE/IFIP TrustCom 2010, the Leadership Opportunity Fund Award from Canada Foundation of Innovation in 2009 and the Best Paper Awards at IEEE/IFIP TrustCom 2009 and Int’l Conference on Networking 2005. His research interests include cross-layer design, security and QoS provisioning in wireless networks.