The increasing demand for halal products, including goods and services, every year, especially for food and beverages, has resulted in a growing need for products with halal guarantees. Along with the increasing trend of the global demand, it has resulted in an increase in producers of halal food and beverages in both Muslim and non-Muslim countries. In addition the demand for halal tourism is also increasing. Indonesia is one of the largest Muslim countries in the world. However, there are still many Muslim consumer actors and Muslim producer actors who do not yet have an awareness of the importance of complying with the provisions of Islamic law in consuming and producing goods and services. There are still many restaurants and hotels that serve food and drinks that are not certified halal. There are still many food, medicinal and cosmetic products that are not halal certified. But now many secular countries such as France, Canada, Australia, the United States, Britain are also halal certified with the aim of meeting the Muslim demand for halal products for food and beverage, including for halal tourism. Starting from the development of the halal industry both in the fields of food, beverages and services, an International Seminar was held, which provides a more complete understanding of halal products, current halal developments and can serve as motivation to produce halal products, providing research results from the topic of halal development. The international seminar, entitled International Conference on Halal Development, listed speakers from several countries able to provide an overview of the halal development of several countries. This book contains a selection of papers from the conference.

Heri Pratikto, M.Si is Director of the Halal Centre, Institute for Research and Service of Engagement at Universitas Negeri Malang and Professor of the Faculty of Economics, State University of Malang. His areas of expertise are Economics Education and Business Management. He is also Head of the Centre for Research and Community Service in the fields of economy and entrepreneurship. Currently, he is the Head of the Halal Centre for LP2M UM, teaching the subject Islamic Economics and Financial Management. His research focuses on the field of halal products. He serves as editor of UM Business Economics journal, Journal of Perwira, and Journal of Economics and Business Education, State University of Jakarta, Journal of Management and Business Education Universitas Negeri Malang, Nusantara Halal Journal, Universiti Teknologi Malaysia.
Ahmad Taufiq, S.Pd, M.Si is a director of the Centre for Scientific Publication, Universitas Negeri Malang. His research is mainly focused on nanomaterials synthesis, as well as characterization, and application. His research is also related to the halal development, especially for halal materials. He is also Editor-in-Chief of Nusantara Halal Journal.
Adam Voak is an International Human Resource Development and Adult Education specialist who applies his 25+ years of human capability building experience across Australia and the ASEAN region in the supply chain and logistics sector, to assist organisations to harness the power of their workforces. More recently, Adam facilitated the design, development and implementation of Indonesia’s first Industry Reference Council, the Indonesian Supply Chain and Logistics Industry Reference Council, which was funded by the Australian Government’s Department of Education and Training through an Enabling Growth and Innovation Programs Grant. Adam is also contracted as a Senior Transport Consultant for the ARISE+ program, working with the European Union, Senior ASEAN Government Officials, the ASEAN Secretariat and a group of Industry Representatives across all ten ASEAN nations. Their task is the implementation and operationalisation of the ASEAN Framework Agreement on Multimodal Transport. Whilst contributing to this program, Adam is working to critically understand the role of capability and talent development in supporting local economic and social advancement through the improvement of public services.
Nurdeng Deuraseh obtained his BA from the International Islamic University Malaysia (IIUM), and his MA and PhD from the International Institute of Islamic Thought and Civilisation (ISTAC). He was awarded as Imam Bukhari Fellow/Research Scholar at the Oxford Centre for Islamic Studies, Oxford, during Trinity Term, 2004 and was an Associate Professor at the Faculty of Human Ecology, Universiti Putra Malaysia and Head of Laboratory of Halal Policy and Management, Halal Products Research Institute, Universiti Putra Malaysia (UPM). Currently, he is a Director of  Halalan Thayyiban Research Centre of the Universiti Islam Sultan Sharif Ali (UNISSA), Negara Brunei Darussalam. He has published in National and International journals such as The Yale Journal for Humanities in Medicine (USA); Islamic Culture (India); Arab Law Quarterly (London); and many other international journals
Hadi Nur obtained his B.Sc. and M.Eng. degrees in 1992 and 1995, respectively, from Institut Teknologi Bandung (ITB). He received his Ph.D. degree from Universiti Teknologi Malaysia (UTM) in 1998. His postdoctoral studies started with a year as a UTM Postdoctoral Fellow and with two years as a Japan Society for Promotion of Science (JSPS) Postdoctoral Fellow at Catalysis Research Center (CRC), Hokkaido University, Sapporo, Japan. He continued there as a Center of Excellence (COE) Visiting Researcher at CRC for half a year. In 2002, he joined Universiti Teknologi Malaysia. He was a visiting scientist at the Institute for Heterogeneous Materials Systems, Helmholtz-Zentrum Berlin for Materials and Energy, Germany in 2015. Currently, he is a Full Professor and Senior Director of Ibnu Sina Institute for Scientific and Industrial Research, at UTM, and Adjunct Professor of Universitas Negeri Malang.
Winai Dahlan has accomplished the Bachelor of Science on Biochemistry from the Faculty of Science, Chulalongkorn University, Bangkok, Thailand in 1976, then further his Master of Science on Nutrition from the Faculty of Medicine Ramathibodi Hospital, Mahidol University, Bangkok, Thailand in 1982 and he received his Ph.D. on Applied Medical Biology (magna cum laude) from Faculty of Medicine and Pharmacy St-Pierre Hospital, Université Libre de Bruxelles, Brussels, Belgium in 1989. He has been appointed as the Founding Director of the Halal Science Center Chulalongkorn University (HSC), Vice President of the Central Islamic Council of Thailand (CICOT) and Chairman of the Halal Standard Institute of Thailand (HSIT). He is also the Committee of National Reform on Social Affairs and Committee of National Education Council. He has written for more than 350 books and about 3,000 pieces of documentary articles in science/technology, food/nutrition since 1989 have been published both locally and internationally. He has received many honor awards such as World Halal Day Lifetime Achievement Award 2017 in London, United Kingdom by the United World Halal Development and has been listed as "The 500 Most Influential Muslims" of the years by the Royal Islamic Strategic Studies Centre, Jordan for 9 consecutive years of 2010-2019. And he received The Royal Thai Decoration and Awards: The Bravery Medal, the Dushdi Mala. (B.E.2425) esteemed achievement in science, Knight Grand Cordon of the Most Noble Order of the Crown (Major General rank) and The Chakrabarti Mala Medal (2436 B.E.), The National Award of Best Innovative Civil Services, Office of Public Sector Development Commission in 2013 and 2020
Idris is a lecturer in Social Studies Program, Faculty of Social Science, Universitas Negeri Malang. His research interests include, but are not limited to, human resource management, strategic management, tourism, and learning innovation. He has published his works in leading academic journals and also presented his academic work at a number of International academic conferences.
Agus Purnomo is a lecturer in Social Studies Program, Faculty of Social Science, Universitas Negeri Malang. He has served for the past 5 years on the Teori dan Praksis Pembelajaran IPS Journal as an Editor-in-Chief. His research interests include, but are not limited to, education, tourism, and ecopedagogy. He has published his works in leading academic journals and also presented his academic work at a number of international academic conferences. 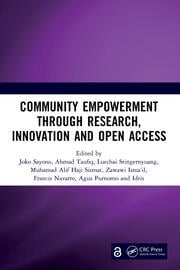