Handbook of Comparative Public Administration in the Asia-Pacific Basin 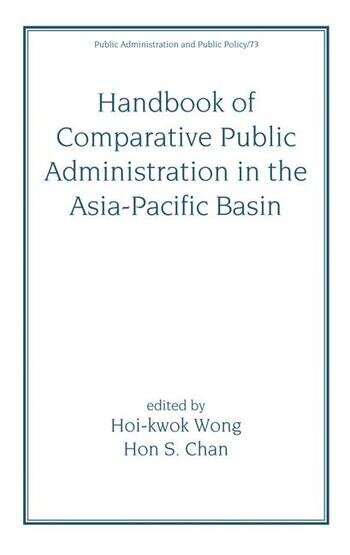 Handbook of Comparative Public Administration in the Asia-Pacific Basin

This stimulating reference/text examines a wide range of issues and trends in administrative reform in the Newly Industrialized or Industrializing Economies (NIEs) of the Asia-Pacific Basin and offers detailed case studies illustrating the dynamics and etiology of reform protocols. Suggesting new ways of understanding reform within a bureaucratic or political framework, the Handbook of Comparative Public Administration in the Asia-Pacific Basin highlights the role of civil service training in fostering strategic, political, social, and economic changes in Hong Kong over the past decade, provides a roadmap into the labyrinth of China's gigantic financial system, and includes nearly 600 references, tables, and drawings.