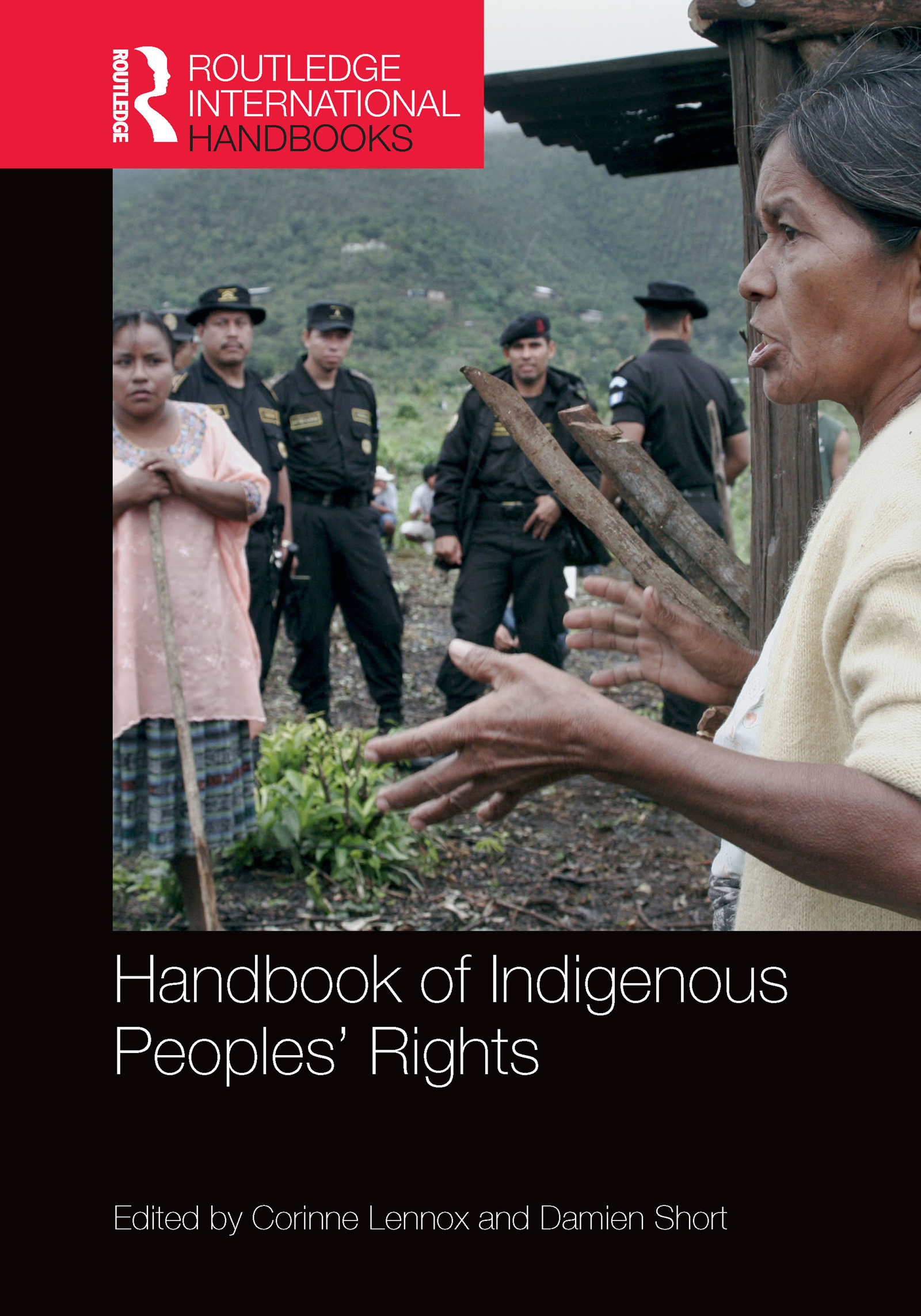 This handbook is a comprehensive interdisciplinary overview of indigenous peoples’ rights. Chapters by experts in the field examine legal, philosophical, sociological and political issues, addressing a wide range of themes at the centre of debates on the rights of indigenous peoples. The book addresses not only the major questions, such as ‘Who are indigenous peoples? What is distinctive about their rights? How are their rights constructed and protected? What is the relationship between national indigenous rights regimes and international norms?’ but also themes such as culture, identity, genocide, globalization and development, and the environment.

The book is divided into eight sections, which will each discuss and analyse a number of themes at the heart of the debates on the rights of indigenous peoples.

"In 2007, the United Nations General Assembly adopted the UN Declaration on Rights of Indigenous Peoples (UNDRIP). Though not legally binding, the declaration provides the basis for the existing and emerging human rights claims associated with indigenous peoples. This large handbook includes an introductory overview of the field of indigenous rights and is followed by 27 chapters focusing on a variety of issues related to the topic. These include the philosophical basis of indigenous rights, governance, the rights of women, development, the environment, political mobilization, and reparations. The last four chapters address specific case studies on advancing and protecting indigenous rights. Though many of the scholars and activists contributing to this handbook acknowledge the contested nature of these rights, the writers are generally sympathetic to the political, economic, social, and cultural claims of indigenous peoples. Given the new and emerging nature of this type of group rights, this comprehensive handbook provides an excellent introduction to the subject. This handbook is recommended for international organization scholars, human rights specialists, international relations students, and general readers.

Corinne Lennox is Senior Lecturer in Human Rights at the Institute of Commonwealth Studies, and Associate Director of the Human Rights Consortium, School of Advanced Study, University of London. Her research focuses on issues of minority and indigenous rights protection, civil society mobilisation for human rights, and on human rights and development. She has worked for many years as a human rights practitioner and trainer with various NGOs, including at Minority Rights Group International (MRG). She has been a consultant on minority and indigenous rights for the UNDP, the UN Office of the High Commissioner for Human Rights and several governments. She is a regular contributor to the annual State of the World’s Minorities and Indigenous Peoples Report (MRG) and has published on transnational dimensions of minority and indigenous rights in the Netherlands Quarterly of Human Rights, the International Journal on Minority and Group Rights and in several edited books.

Damien Short is Director of the Human Rights Consortium at the School of Advanced Study, University of London and a Reader in Human Rights. He has spent much of his career researching and writing on indigenous peoples’ rights and reconciliation debates issues in Australia, a monograph on which, Reconciliation and Colonial Power: indigenous rights in Australia, was published by Ashgate in 2008. Since then he has researched memory and genocide in Australia, publishing his work in Memory Studies, the International Journal of Human Rights and the Journal of Genocide Research. More recently, he has researched the impacts of Tar Sands production in Alberta, Canada on downstream indigenous communities. Damien Short is a frequent contributor to the United Nations Expert Mechanism on the Rights of Indigenous Peoples and is the Editor in Chief of the International Journal of Human Rights.