Hannah Arendt and the Limits of Total Domination
The Holocaust, Plurality, and Resistance 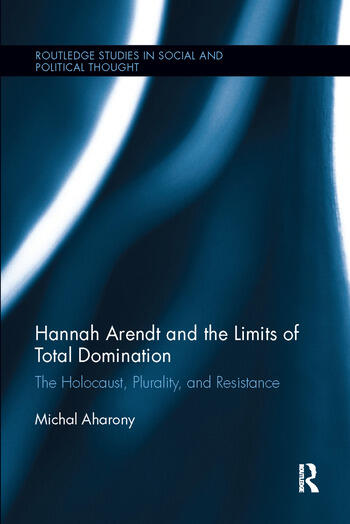 Hannah Arendt and the Limits of Total Domination: The Holocaust, Plurality, and Resistance

Responding to the increasingly influential role of Hannah Arendtâ€™s political philosophy in recent years,ă€€Hannah Arendt and the Limits of Total Domination: The Holocaust, Plurality, and Resistance, critically engages with Arendtâ€™s understanding of totalitarianism. According to Arendt, the main goal of totalitarianism was total domination; namely, the virtual eradication of human legality, morality, individuality, and plurality. This attempt, in her view, was most fully realized in the concentration camps, which served as the major "laboratories" for the regime. While Arendt focused on the perpetratorsâ€™ logic and drive, Michal Aharony examines the perspectives and experiences of the victims and their ability to resist such an experiment.

The first book-length study to juxtapose Arendtâ€™s concept of total domination with actual testimonies of Holocaust survivors, this book calls for methodological pluralism and the integration of the voices and narratives of the actors in the construction of political concepts and theoretical systems. To achieve this, Aharony engages with both well-known and non-canonical intellectuals and writers who survived Auschwitz and Buchenwald concentration camps. Additionally, she analyzes the oral testimonies of survivors who are largely unknown, drawing from interviews conducted in Israel and in the U.S., as well as from videotaped interviews from archives around the world.

Revealing various manifestations of unarmed resistance in the camps, this study demonstrates the persistence of morality and free agency even under the most extreme and de-humanizing conditions, while cautiously suggesting that absolute domination is never as absolute as it claims or wishes to be. Scholars of political philosophy, political science, history, and Holocaust studies will find this an original and compelling book.

Michal Aharony is currently teaching in Beit-Berl College, Israel. She was a Postdoctoral Fellow at the Hebrew University, the International Institute for Holocaust Research at Yad Vashem, and the Open University, Israel. Her research interests include history of political ideas in modern political thought and Holocaust studies.

"It seems only fitting that a philosopher who abhorred rootlessness and thoughtlessness should become the object of Michal Aharony's empathic and thoughtful critique â€” a moving complement to Arendt â€™s pathbreaking work on totalitarianism." â€”James Miller, New School for Social Research

"There is no doubting the importance of Aharonyâ€™s subject or the value of her contribution to the understanding of it. Her book is thoroughly researched, uses original material as well as published texts, and is coherently presented and well written ... Congratulations must be given to Michal Aharony on an excellent and important addition to our understanding of a very complex and challenging subject."  Raymond Auerback, The Wiener Library.  Full review can be found here: https://www.wienerlibrary.co.uk/Blog?item=201&returnoffset=0

"By the time ... Aharony (has) finished her critique, a reader has good reason to question very influential ideas of once highly regarded formative figures in the study of the Holocaust. Rarely in the annals of modern scholarship have so few so maligned so many at so great a cost to Truth and Honor." - Arthur Shostak, Department of Sociology, Drexel University, The European Legacy

"This is a good book. Its advertised purpose is to correct a one-sidedness in Hannah Arendtâ€™s construction of totalitarianism: namely, that Arendt reflects very deeply on the animating logic of totalitarianismâ€™s perpetrators, but curiously little on the perspective of the victims. Viewed in larger perspective, the book also contributes to an ongoing discussion.  That is a discussion in which Arendtâ€™s voice is fundamental, and which concerns how we ought to interpret the significance of the institution of the concentration campâ€”both for the practice of totalitarianism and, indeed, for modernity at large." - Richard Shorten, Arendt Studies