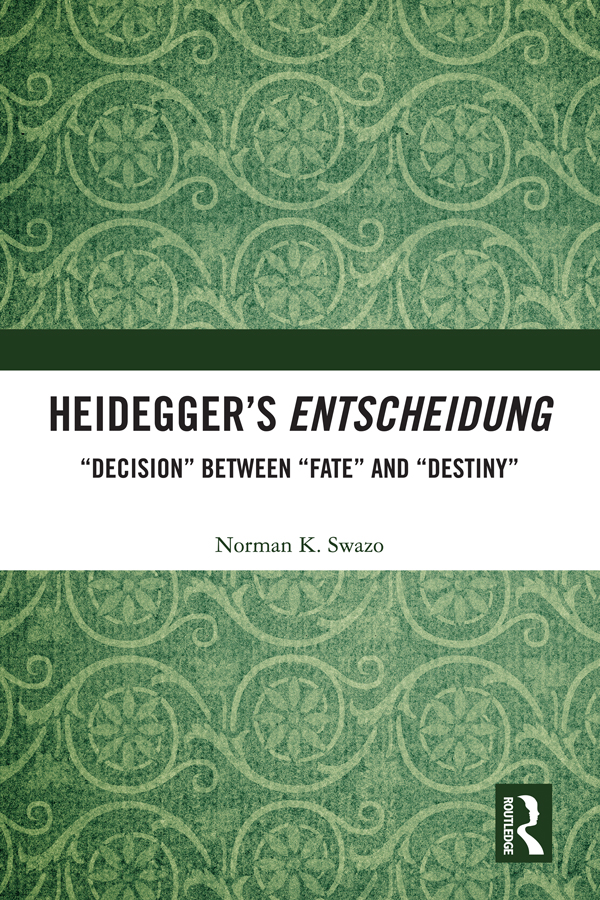 This book critically examines the debate on Martin Heidegger’s concept of Entscheidung ("decision") and his engagement and confrontation with Nazism in terms of his broader philosophical thought. It argues that one cannot explain Heidegger’s actions without accounting for his idea of "decision" and its connection to his understanding of individual "fate" and national (and European) "destiny". The book looks at the relation of biography to philosophy and the ethical and political implications of appropriating Heidegger’s thinking in these domains of inquiry. It highlights themes such as Heidegger’s differences with the neo-Kantians in Germany; Heidegger on Kant and practical reason; and his reading of Nietzsche and Hegel. It offers a philosophical assessment grounded in Heidegger’s own texts, with reference to historical and other philosophical commentaries on the rise of National Socialism in post-Weimar Germany and the philosophical issues associated with the interpretation of Nazi genocide and ideology.

Norman K. Swazo is Professor of Philosophy, Department of History and Philosophy, North South University, Dhaka, Bangladesh. He specializes in recent European philosophy, ethics in international affairs, biomedical ethics, and philosophy of religion, and has numerous publications in journals within these areas. He is the author of several books, including Crisis Theory and World Order: Heideggerian Reflections (2002), Destroying Idols: Revisioning the Meaning of ‘God’ (2019), and editor of Contemporary Moral Problems and Applied Ethics: An Anthology (2018).