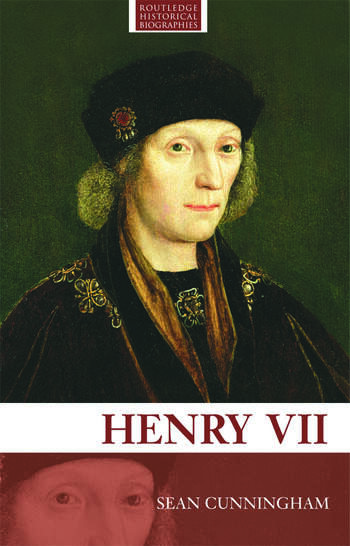 This biography illuminates the life of Henry VII himself, how he ran his government, how his authority was maintained, and the nature of the country over which he ruled since he first claimed the throne in 1485.

Sean Cunningham explores how Henry's reign was vitally important in stabilizing the English monarchy and providing the sound financial and institutional basis for later developments in government, and tackles key questions in the debate:

Up until now the details of Henry as a person and as a king, his court and household, his subjects, and his country have remained little known. This book fills that gap, bringing to the forefront the life and times of the very first Tudor king.

1. Introduction  2. Gaining the Crown  3. Forging the Dynasty  4. Perkin Warbeck  5. The Rigours of Kingship  6. Tudor Government at Work  7. Lordship, the Crown and the Regions  8. Royal Power and Personnel  9. The Preservation of Power  10. The King’s Nation  11. Tudor Influence  12. Conclusion

Sean Cunningham is an Assistant Keeper of Public Records at the National Archives. He is the author of Richard III: A Royal Enigma (2003).

'For this reviewer, the real highlights were the discussions of local politics in Kent, the North West and East Anglia, which are skilfully done and eminently persuasive: we know all too little about the rule of the localities under Henry VII, but it is a crucial area, and Cunningham's chapter, which rests on his own research, makes an excellent addition to what can be learned from the works of Christine Carpenter, Tony Pollard, Dominic Luckett, and others.' – Reviews in History: Institute of Historical Research

'Sean Cunningham, who has been studying the reign for a decade and a half, is ideally placed to draw things together in a work shaped by his own extensive researchs. His eagerly-awaited book unquestionably moves things forward... this book has many strengths - it is learned, moderate, and respectful of the work of other historians... Cunningham has given us a superb narrative of Henry VII's reign; he has brought lots of fresh evidence to light; his book is full of thought-provoking insights and ideas; and he has particularly striking things to say about the localities, bonds and recognisances, and the politics of London. His Henry VII is a hefty achievement, and a goldmine for anyone interested in the fifteenth and sixteenth centuries.' – Reviews in History: Institute of Historical Research

'The publication of a new scholarly biography of Henry VII (the first for nearly twenty-five years) is something of a landmark for students of the period ... Cunningham has provided a new and most welcome synthesis, one from which to conduct further research. As such, it deserves to be read by everyone interested in the period.' – David Grummit, History of Parliament Tust, H-Net book review