Heroic Leadership is a celebration of our greatest heroes, from legends such as Mahatma Gandhi to the legions of unsung heroes who transform our world quietly behind the scenes. The authors argue that all great heroes are also great leaders. The term ‘heroic leadership’ is coined to describe how heroism and leadership are intertwined, and how our most cherished heroes are also our most transforming leaders.

George R. Goethals holds the E. Claiborne Robins Distinguished Professorship in Leadership Studies at the University of Richmond. Previously he taught at Williams College where he was Chair of the Department of Psychology, founding Chair of the Program in Leadership Studies, Acting Dean of the Faculty, and Provost. Goethals graduated with a BA from Harvard College and holds a PhD in social psychology from Duke University. Goethals explores leadership from psychological and historical perspectives. With Georgia Sorenson and James MacGregor Burns he edited the Encyclopedia of Leadership (Sage, 2004), with Sorenson, The Quest for a General Theory of Leadership (Elgar, 2006), and with Crystal Hoyt and Donelson Forsyth, Leadership at The Crossroads, Psychology and Leadership (Praeger, 2008). His recent research focuses on presidential debates, the presidency of Ulysses S. Grant, and the role of biography in shaping our understanding of leadership. With Scott Allison, he is author of  Heroes, What They Do & Why We Need Them, published in 2011, and “Making Heroes:  The Construction of Competence, Courage and Virtue” published in 2012 in Advances in Experimental Social Psychology, Volume 46. 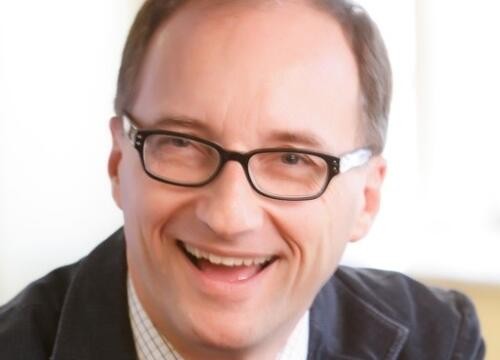 A pioneering and insightful examination of the intersection of heroes and leaders by two gifted psychologists.  Allison and Goethals’ captivating narrative  adds a new dimension to current research on leadership.--- James MacGregor Burns, author of  Leadership and Roosevelt: The Lion and the Fox.

“Allison and Goethals’ stimulating and incisive survey of one-hundred influential leaders could not be more cogent or timely.  When so many of our leaders seem to have feet of clay and principles that bend with the prevailing breezes,they remind us of those leaders who rose to the occasion and stood firm in their moment of decision. As a result, they and their leadership have stood the test of time.  Heroic Leadership offers arefreshingly original and provocativeperspective on what it means to be a great leader. Reading this book not only informs us, it also inspires!My only suggestion would be that weexpand their list to 102—adding their names in appreciation of their heroic scholarly labors!”--Roderick M. Kramer William R. Kimball, Professor of Organizational Behavior, Graduate School of Business, Stanford University

Scott Allison and George Goethals are pioneering scholars exploring the psychology of heroism and leadership, and this book outlines their contention that while all heroes are leaders, the converse is not true. They make their case by offering snapshots of 100 characters, some fictional (e.g., King Lear), some collective (e.g., Chilean miners, Power Rangers), and some surprising (e.g., Lady Gaga, Meryl Streep) who instantiate their taxonomy of heroes. For researchers and lay people alike, this book is packed with fascinating insights into the psychology of leadership, heroism, and mere celebrity. It is a book to be enjoyed by everyone who wonders why some people attract public attention, and others, who may deserve it (e.g., parents, soldiers, teachers) do not. --David Messick, Morris and Alice Kaplan Professor of Ethics and Decision in Management Emeritus, Kellogg School of Management, Northwestern University

Presenting vivid accounts of distinguishable forms of heroism, this is a welcome contribution to understanding heroic aspects of leader-follower relations. It deserves a place as a text, reference source, and feast of revealing narratives. The accounts chosen capture what individuals’ special qualities underlie and activate others' sense of the “heroic,” based on five factors affecting a leader's influence. This yields ten types of heroes that are profiled, from “trending” and “transitory” to “transforming” and “transcendent.” Among those receiving attention in this cavalcade are the “tragic,” (Oedipus, Tiger Woods, Richard Nixon), and many shown as the “moral,” (e.g., The Dalai Lama, Mother Teresa, Rosa Parks). Insightful analyses of individual cases provide an illuminating blend of scientific scrutiny with compelling storytelling.--Edwin P. Hollander, Emeritus, CUNY, Baruch College, and University Graduate Center

In this book, Scott Allison and George Goethals continue their fascinating study of heroes which they began in their earlier book entitled Heroes: What They Do and Why We Need Them. --Jon Howell, Professor Emeritus, New Mexico State University