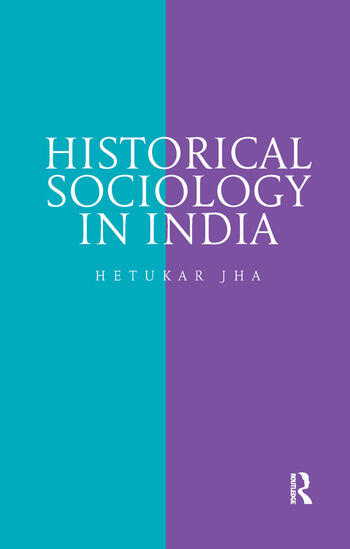 This book is a comprehensive study of historical sociology and its development, especially in the Indian context. It looks at the works of Indian sociologists and analyses their approaches in terms of book-view (normative) and field-view (descriptive) history. The volume:

Presenting an alternative idea of social reality, this book will deeply interest students and scholars of sociology, social theory, and social history.

Hetukar Jha, former Professor of Sociology, Patna University, Bihar, India. He has been working on villages, culture, traditions, education and other sociological concepts from a historical perspective since 1968. He has published more than 120 research papers and 20 books including Colonial Context of Higher Education in India (1985), Social Structures of Indian Villages (1991) and Perspectives on Indian Society and History (ed., 2002). He is currently working on the village world in the colonial period.