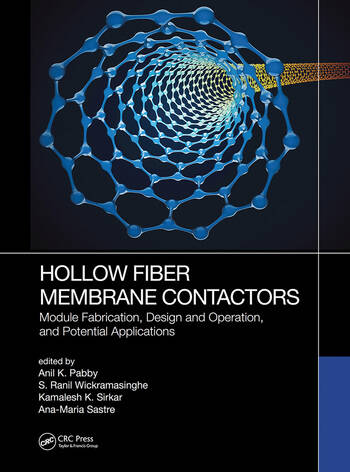 This book on hollow fiber contractors presents an up to date compilation of the latest developments and milestones in this membrane technology.Hollow Fiber Membrane Contactors: Module Fabrication, Design and Operation, and Potential Applicationsprovides a comprehensive discussion of hollow fiber membrane applications (including a few case studies) in biotechnology and chemical,food, and nuclear engineering.

This book is equally suited for newcomers to the field as well as for engineers and scientists that have basic knowledge in this field but are interested in obtaining more information about specific future applications.

Dr. Anil Kumar Pabby is presently serving with one of the pioneer research centre of India, Bhabha Atomic Research Centre (BARC), Tarapur, Mumbai, Maharashtra, as Scientific Officer (Senior Scientist) and associated with Department of Atomic Energy activities including research and development work under DAE programme. He did his Ph.D. from University of Mumbai, India and subsequently carried out his postdoctoral work at Technical university of Catalunya, Barcelona, Spain. Dr. Pabby has more than 190 publications to his credit including 20 chapters and two patent on non-dispersive membrane technology. He was invited to join as an associate editor of International journal ‘Journal of Radioanalytical and Nuclear Chemistry’ during 2002-2005. He has also served as consultant to IAEA, Vienna, Austria for developing technical book volume on "Application of membrane technologies for liquid radioactive waste processing". Dr. Pabby has taken a leading role in publishing "Handbook of membrane separation: Chemical, pharmaceutical, food and biotechnological applications’ in July 2008 by CRC Press, New York, USA. The second edition of this book is published in April 2015.

Dr. Pabby has been a regular reviewer for several national and international journals and also serving in editorial board of few reputed international journals. His research interest includes membrane based solvent extraction, liquid membrane and its modeling aspects, pressure driven membrane processes, macrocyclic compounds etc. Dr Pabby has been elected as a Fellow of the Maharashtra Academy of Sciences (FMASc) in 2003 for his outstanding contribution in membrane science and technology. Also, he has been awarded with prestigious Tarun Datta Memorial award (instituted by Indian Association Nuclear Chemist and Allied Scientist ) for his contribution in Nuclear and Radiochemistry for the year 2005. He is appointed as Associate Professor and Ph.D. guide and also M.Tech guide, Homi Bhabha National Institute, Mumbai. He is serving as Secretary, Indian Association Nuclear Chemist and Allied Scientist, Tarapur chapter since 2008.

He has delivered several keynote/plenary/invited talk in national and international conferences. He has also served as chairman of the different sessions in conference in India and abroad .

Ana Maria Sastre is a professor of Chemical Engineering at the Universitat Politècnica de Catalunya (Barcelona, Spain), where she has been teaching Chemistry for more than 40 years. She received the Ph.D. from Autonomous University of Barcelona in 1982 and has been working for many years in the field of solvent extraction, solvent impregnated resins and membrane technology and adsorption processes.

During 2015 she was Fulbright visiting scholar at Chemical and Biomolecular Engineering Department of the University of California, Berkeley.

Prof. Sastre has published more than 200 journal publications and more than 80 papers in international conferences. She holds 7 patent applications. She has advised 13 Ph.D. students and 16 master theses and is a reviewer of many international journals. She was awarded the "Narcis Monturiol medal for scientific and technological merits" given by the Generalitat de Catalunya for outstanding contribution in science and technology in 2003.

Prof. Sastre has been the head of the Chemical Engineering Department from 1999 till 2005 and from 2006 till 2013 has been Vicepresident for Academic Policy of the Universitat Politècnica de Catalunya.

Dr. Ranil Wickramasinghe has published over 200 peer reviewed journal articles, several book chapters and is co-editor of a book on responsive membrane and materials. He is active in the American Institute of Chemical Engineeers and the North American Membrane Society. He is executive editor of Separation Science and Technology. Prof Wickramasinghe’s research interests are in membrane science and technology. His research focuses on synthetic membrane-based separation processes for purification of pharmaceuticals and biopharmaceuticals, treatment and reuse of water and for the production of biofuels. Typical unit operations include: microfiltration, ultrafiltration, virus filtration, nanofiltration, membrane extraction etc. A current research focus is surface modification of membranes in order to impart unique surface properties. His group is actively developing responsive membranes. These membranes change their physical properties in response to changed environmental conditions. A second research focus is the development of catalytic membranes for biomass hydrolysis by grafting catalytic groups to the membrane surface. Prof Wickramasinghe obtained his Bachelor’s and Master’s degrees from the University of Melbourne, Australia in Chemical Engineering. He obtained his PhD from the University of Minnesota, also in Chemical Engineering. He worked for 5 years in the biotechnology/biomedical industry in the Boston area before joining the faculty of Chemical Engineering at Colorado State University. He joined the Department of Chemical Engineering at the University of Arkansas in 2011 where he holds the Ross E Martin Chair in Emerging Technologies and is an Arkansas Research Alliance Scholar.

Kamalesh K. Sirkar is a Distinguished Professor of Chemical Engineering and Foundation Professor of Membrane Separations at New Jersey Institute of Technology (NJIT). He was a Professor of Chemical Engineering at Stevens Institute of Technology and Indian Institute of Technology, Kanpur. He received B. Tech (Hons) from IIT, Kharagpur and Ph.D. from University of Illinois, Urbana. His research involves synthetic membranes and membrane separation processes and techniques. He pioneered the notion of microporous membranes as membrane contactors of immiscible phase-pairs. He invented the commercialized membrane-based solvent extraction technology for which Hoechst Celanese, Inc. received Honorable Mention in 1991 Kirkpatrick Award. He invented also the hollow-fiber contained liquid membrane technology. His other innovations include: Novel hollow-fiber membrane technology for membrane distillation; multilayer ultrafiltration membranes for protein purification; membrane-based ozonation; dendrimers for CO2 separation; integrated filtration-chromatography technique for direct protein purification from a fermentation broth; solid hollow fiber cooling crystallization; porous hollow fiber-based anti-solvent crystallization. His advisees include: 28 post-doctoral fellows, 36 PhD and 47 MS students. He has authored 207 refereed journal papers and 22 book chapters. He has delivered 350 Conference presentations, ten Plenary Lectures and fourteen Keynote lectures. He is Editor-in-Chief of "Current Opinion in Chemical Engineering" (11-) since its inception. He is coeditor of "Membrane Handbook" which won the Professional and Scholarly Publishing Award for the Most Outstanding Engineering Work, 1992. He was/is in the Editorial Boards of J. Membrane Science (89- ), I&EC Research, Separation Science and Technology and Indian Chemical Engineer (IIChE). His awards and honors are: M. Eng.(Hon), Stevens Institute (87); Harlan Perlis Award for Research (NJIT) (97); Honorary Fellow, IIChE (01); AIChE’s Institute Award for Excellence in Industrial Gases Technology (05); Clarence Gerhold Award, Separations Division (AIChE) (08); AAAS Fellow (08); 2009 NJIT Board of Overseers Excellence in Research Prize and Medal; 2016 Fellow, National Academy of Inventors; 2017 Alan S. Michaels Award for Innovation in Membrane Science and Technology by North American Membrane Society (NAMS); 2017 Fellow, NAMS; 2020 Fellow, AIChE. He has received 34 US patents, 3 Canada patents and 1 Indian patent. He was a Director of Separations Division (AIChE) (94-96). He was President of NAMS for 98-99 and in its Board of Directors during 96-01. His book entitled "Separation of Molecules, Macromolecules and Particles: Principles, Phenomena and Processes" was published in 2014 by Cambridge University Press in the Cambridge Series in Chemical Engineering. 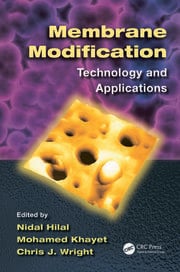 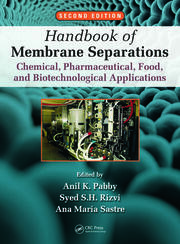 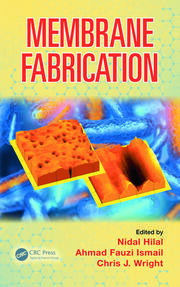