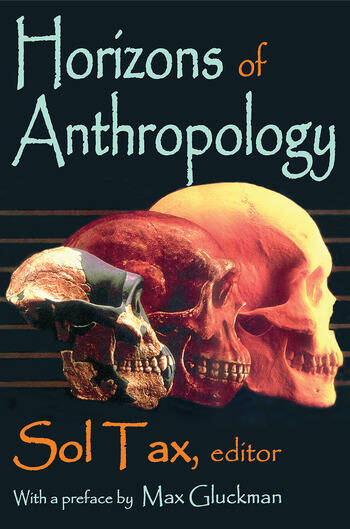 The scientific study of human evolution and culture is about a hundred years old. This volume surveys its achievements and methods. Originally published more than forty years ago, the volume's contributors include people who have shaped anthropology's future. As Gluckman says in his Preface, the contributions "point to the horizons of increasing understanding of man, his evolution and his social setting, as seen by a rising generation of scholars."

The book includes chapters on how man gradually became different from other primates--on the origin and nature of language and its contribution to our peculiarities as human beings. It surveys the long history of human culture and societies and the theories about their similarities and differences; it discusses human equality and inequality, and it considers, from the anthropologist's point of view, economics, politics, law, religion, medicine, and the arts.

In recent decades the various branches of anthropology--physical, cultural, psychological, and social--have become more specialized, and each branch is increasingly linking itself to its appropriate cognate, biological, psychological, or social sciences. Yet there remains a central common field to anthropology, as the science of man, for practitioners in all its branches. This book develops that common interest and deals with the specific problems of various parts of the field. The book brings out the basic nature of anthropology and the extraordinary fascination that lies in the systematic study of the exuberant variety of human societies and customs.