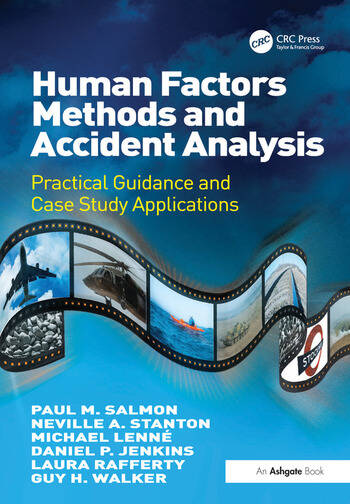 This book provides an overview of, and practical guidance on, the range of human factors (HF) methods that can be used for the purposes of accident analysis and investigation in complex sociotechnical systems. Human Factors Methods and Accident Analysis begins with an overview of different accident causation models and an introduction to the concepts of accident analysis and investigation. It then presents a discussion focussing on the importance of, and difficulties associated with, collecting appropriate data for accident analysis purposes. Following this, a range of HF-based accident analysis methods are described, as well as step-by-step guidance on how to apply them. To demonstrate how the different methods are applied, and what the outputs are, the book presents a series of case study applications across a range of safety critical domains. It concludes with a chapter focussing on the data challenges faced when collecting, coding and analysing accident data, along with future directions in the area. Human Factors Methods and Accident Analysis is the first book to offer a practical guide for investigators, practitioners and researchers wishing to apply accident analysis methods. It is also unique in presenting a series of novel applications of accident analysis methods, including HF methods not previously used for these purposes (e.g. EAST, critical path analysis), as well as applications of methods in new domains.

Paul Salmon is a Senior Research Fellow within the Human Factors Group at the Monash Injury Research Institute and holds an Australian National Health and Medical Research Council (NHMRC) post doctoral training fellowship in the area of Public Health. Paul has almost a decade worth of experience in applied Human Factors research in a number of domains, including the military, aviation, and road and rail transport and has co-authored 8 books, over 50 peer review journal articles, and numerous conference articles and book chapters. Paul was recently awarded the 2007 Royal Aeronautical Society Hodgson Prize for a co-authored paper in the society's Aeronautical journal, and, along with his colleagues from the Human Factors Integration Defence Technology Centre (HFI DTC), the 2008 Ergonomics Society's President's Medal. Paul was also recently recipient of the 2009 Monash University Accident Research Centre Early Career Researcher award. Professor Stanton holds a Chair in Human Factors in the School of Civil Engineering and the Environment at the University of Southampton. He has published over 150 peer-reviewed journal papers and 20 books on Human Factors and Ergonomics. In 1998, he was awarded the Institution of Electrical Engineers Divisional Premium Award for a co-authored paper on Engineering Psychology and System Safety. The Ergonomics Society awarded him the Otto Edholm medal in 2001 and The President's Medal in 2008 for his contribution to basic and applied ergonomics research. In 2007, The Royal Aeronautical Society awarded him the Hodgson Medal and Bronze Award with colleagues for their work on flight deck safety. Professor Stanton is an editor of the journal Ergonomics and on the editorial boards of Theoretical Issues in Ergonomics Science and the International Journal of Human Computer Interaction. Professor Stanton is a Fellow and Chartered Occupational Psychologist registered with The British Psychological Society, and a Fellow of The Ergonomics Society. He has a BSc (Hons) in Occupational Psychology from the University of Hull, an MPhil in Applied Psychology and a PhD in Human Factors from Aston University in Birmingham. Michael Lenné leads the Human Factors Team at the Monash University Accident Research Centre, and was recently appointed as Adjunct Associate Professor and Deputy Director of the Curtin-Monash Accident Research Centre in Perth, Western Australia. Michael has a PhD in Experimental Psychology and his research over the past 18 years has been centred on the measurement of human performance using simulation in road, rail, and military aviation and maritime settings. While simulation remains a strong interest personally, and also to the team of scientists he leads, the centre's recent acquisition of on-road test vehicles affords new means of measuring driver performance. His current research uses simulation and on-road testing to study the impacts of infrastructure design on human performance and error, the impacts of in-vehicle systems on driver performance and distraction, and the influences of alcohol and other drugs on driving performance. He also has expertise in human error, accident investigation and system safety, brought about through the development of accident investigation and reporting programs with the aviation industry, and the analysis of data in both transportation and non-transportation domains using human factors methods. Dan Jenkins is a freelance human factors engineer and Director of Sociotechnic Solutions Limited. Dan started his career as an automotive engineer, graduating in 2004, with an M.Eng (Hons) in Mechanical Engineering and Design, receiving the 'University Prize' for the highest academic achievement in the school. During his time in the car industry, Dan developed a keen interest in ergonomics and human factors. In 2005, Dan returned to Brunel University taking up the full-time role of Research Fellow in the Ergonomics Research Group. Dan studied part-time for his PhD in Human Factors and Interaction Design - graduating in 2008, receiving the 'Hamilton Prize' for the Best Viva in the School of Engineering and Design. In 2009, Dan started his own consultancy, which has allowed him to gain industrial experience across a wide range of domains. Dan has developed experience of applied research in various domains including; defence, nuclear facilities, automotive, submarines, aviation, policing, and control room design. Dan has co-authored eight books and over forty peer-reviewed journal papers, along side numerous conference articles and book chapters. Dan and his colleagues were awarded the Ergonomics Society's President's Medal in 2008 for contribution to basic and applied ergonomics research. Laura Rafferty completed her undergraduate studies in 2007 graduating with a BSc in Psychology (Hons) from Brunel University. In the course of this degree Laura completed two industrial placements, the second of which was working as a Research Assistant. 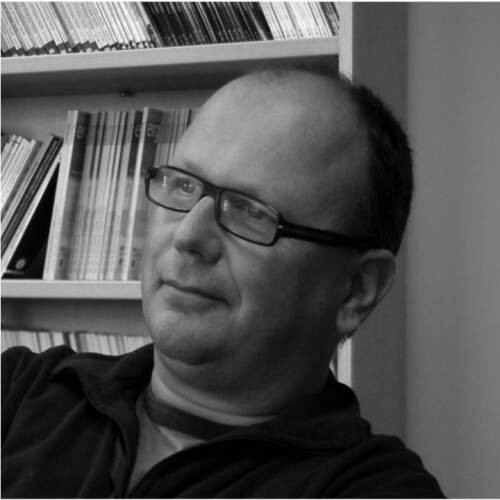 'This very useful book will make a timely and valuable addition to Ashgate's excellent human factors list.' James Reason ’This book is written for both practitioners and researchers, including students who are interested in accident analysis and investigation. The intention is to enable readers to select an appropriate accident analysis methodology to suit their analysis needs, and then use the practical guidance and case study examples to see how the method works and then apply the method effectively.’ RoSPA Occupational Safety and Health, March 2012 ’This book will be highly useful to the serious student or practitioner of accident investigation, in the air or on the ground. It is efficiently presented, comprehensive, and modestly priced. Highly recommended.’ .Aviation, Space, and Environmental Medicine Vol. 84, No. 11 November 2013