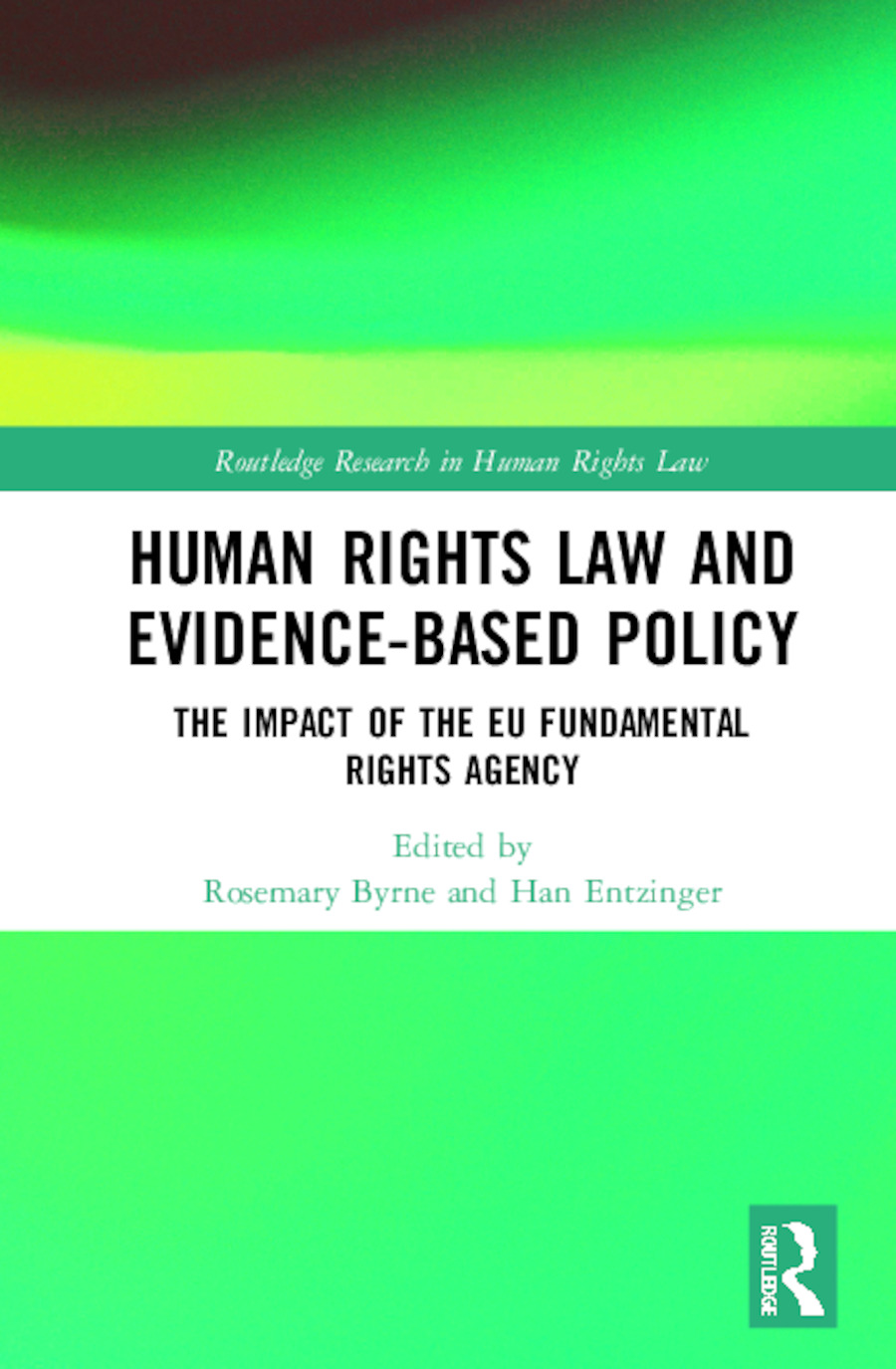 The Impact of the EU Fundamental Rights Agency, 1st Edition

The EU Fundamental Rights Agency (FRA) was established to provide evidence-based policy advice to EU institutions and Member States. By blending social science research with traditional normative work, it aims to influence human rights policy processes through new ways of framing empirical realities. The contributors to this volume critically examine the experience of the Agency in its first decade, exploring FRA’s historical, political and legal foundations and its evolving record across major strands of EU fundamental rights. Central themes arising from these chapters include consideration of how the Agency manages the tension between a mandate to advise and the more traditional approach of human rights bodies to ‘monitor’, and how its research impacts the delicate equilibrium between these two contesting roles. FRA's experience as the first ‘embedded’ human rights agency is also highlighted, suggesting a role for alternative and less oppositional orientations for human rights research. While authors observe the benefits of the technocratic approach to human rights research that is a hallmark of FRA’s evidence-based policy advice, they also note its constraints. FRA’s policy work requires a continued awareness of political realities in Brussels, Member States, and civil society. Consequently, the complex process of determining the Agency’s research agenda reflects the strategic priorities of key actors. This is an important factor in the Agency’s role in the EU human rights landscape. This pioneering position of the Agency should invite reflection on new forms of institutionalized human rights research for the future.

Chapter 1: The genesis of the EU Fundamental Rights Agency: why a think tank rather than a monitoring body – Olivier De Schutter;

Chapter 2: A new agency, and so what? Giving flesh and blood to FRA’s founding Regulation – Morten Kjaerum;

Chapter 3: Hand in hand for a better protection of human rights in Europe: the relationship between the Council of Europe and FRA – Tatiana Termacic;

Chapter 7: FRA as a meeting place of law and social sciences – Han Entzinger and Gerard Quinn;

Chapter 8: A reflection on the quality of FRA’s research and methodology – Angela Me;

Chapter 16: Upholding the rule of law in the EU: what role for FRA? – Laurent Pech and Joelle Grogan;

Rosemary Byrne is a Professor of Legal Studies at New York University Abu Dhabi. She is a graduate of Barnard College, Columbia University and Harvard Law School, where she earned her JD degree. Her academic and policy career has been in the area of international human rights. She served as a Human Rights Commissioner for the Irish Human Rights Commission, which was established in the aftermath of the Good Friday Agreement. She was a member of FRA’s Scientific Committee from 2013 to 2018, and the Committee’s chair from 2013 to 2015. Previously, she was on the law faculty of Trinity College Dublin, and has been a Visiting Professor of International Law at the Paris School of International Affairs, Institut d’Études Politiques (Sciences Po), a member of the visiting faculty at the China-EU School of Law, China University of Political Science and Law, Beijing, a Human Rights Fellow at Harvard Law School, and a researcher at Jawaharlal Nehru University, New Delhi.

Han Entzinger is Professor Emeritus of Migration and Integration Studies at Erasmus University Rotterdam. He was vice-chair (2013–2015) and chair (2015–2018) of FRA’s Scientific Committee. Before joining Erasmus University in 2001, he held a chair in General Social Sciences at Utrecht University. He has worked extensively in different areas of public policy, including for the Scientific Council for Government Policy, a think tank affiliated with the Prime Minister of the Netherlands, and for the International Labour Office (ILO) in Geneva. He studied sociology with economics at the universities of Leiden, Rotterdam and Strasbourg, and obtained his doctorate at Leiden University. His main research interests include migration, migrant integration, multiculturalism, policy making and the welfare state, on which he has published extensively. He has frequently acted as a consultant to the European Union, the Council of Europe, national and local governments on these issues. Since 2016 he has also been a fellow of the Centre for Migration Law at Radboud University in Nijmegen.