Human trafficking is a crime that undermines fundamental human rights and a broader sense of global order. It is an atrocity that transcends borders—with some regions known as exporters of trafficking victims and others recognized as destination countries. Edited by three global experts and composed of the work of an esteemed panel of contributors, Human Trafficking: Exploring the International Nature, Concerns, and Complexities examines techniques used to protect and support victims of trafficking as well as strategies for prosecution of offenders.

Highlighting the issues most addressed by contemporary scholars, researchers, practitioners, and policy-makers, this volume also suggests areas ripe for further inquiry and investigation. Supplemented by discussion questions in each chapter, the book is sure to stimulate debate on a troubling phenomenon.

Defining Human Trafficking and Its Nuances in a Cultural Context; Cindy J. Smith and Kristiina Kangaspunta

Voices from Victims and Survivors of Human Trafficking; Claude D’Estrée

John Winterdyk is the director of the Centre for Criminology and Justice Research (CCJR) at Mount Royal University. He is also an adjunct professor at St. Thomas University (Fredericton, New Brunswick, Canada) and the Polytechnic in Namibia (Windhoek, Namibia). He has published extensively in the areas of youth justice, human trafficking, international criminal justice, and criminological theory. John was the recent (2009) guest editor for a special issue of the journal International Criminal Justice Review on genocide. Current areas of research interest include identity theft, corrections, death in custody, prison gangs, teen courts, and crime prevention.

is an assistant professor at the University of British Columbia Faculty of Law. He is the author of several academic articles on human trafficking and Invisible Chains: Canada’s Underground World of Human Trafficking (Perrin 2010a). Professor Perrin has advised the Government of Canada on the human trafficking issue as a senior policy advisor and as a witness before several Parliamentary committees. He has also worked overseas with victims and assisted in the prosecution of child sex offenders. In 2009, Professor Perrin was named a Hero Acting to End Modern-Day Slavery by Secretary Hillary Clinton and the U.S. State Department; he is the first Canadian to receive this honour.

"A unique effort to combine the contributions of multiple leading experts on human trafficking to address the problem multi-dimensionally: from detection, to support of victims, to prosecution, to prevention. Both the writing and organization is accessible to a wide audience. The contributions of the book lie in its comprehensive approach, its use of well-known experts in the field, a broad focus on all aspects of the problem, and a global approach. In this way, the source, transit, and destination issues unique to human trafficking are addressed systematically and clearly. In addition, the book offers useful regional analyses of the problem which helps the reader to understand variations in the nature, risk, and forms of human trafficking around the world."
— Jay S. Albanese, Ph.D., former Chief, International Centre at the National Institute of Justice; Past President at Academy of Criminal Justice Sciences; and Professor at Virginia Commonwealth University

"This timely edited book by three well established international scholars offers an impressive ensemble of contributions by leading criminologists and criminal justice scholars from around the world. Collectively, they provide a wide array of perspectives on the serious transnational societal problem of trafficking in human beings. The contributions address the spectrum of issues confronting human trafficking today ranging from a discourse as to the meaning of human trafficking, the problems of detecting and recording the problem, to how different elements of society attempt to address human trafficking. As well, there is a contribution on the plight of victims of trafficking and an examination of how best to prevent and/or control the complex phenomenon of modern slavery. This book should be a rich resource for any university level course on the topic as well as serve as an excellent resource for present and future scholars in criminology, criminal justice and security studies. The book should also serve as an advanced reading for practitioners and specialists who deal with prevention and control of trafficking in human beings."
— Gorazd Mesko, PhD, Professor of Criminology at the University of Maribor, Slovenia & Visiting Scholar at the Institute of Criminology at the University of Cambridge, UK 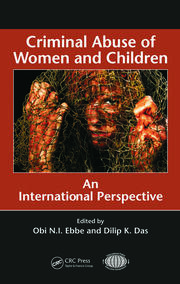 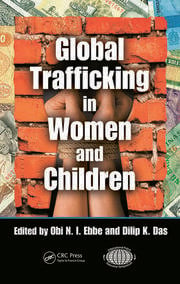 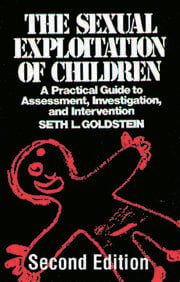