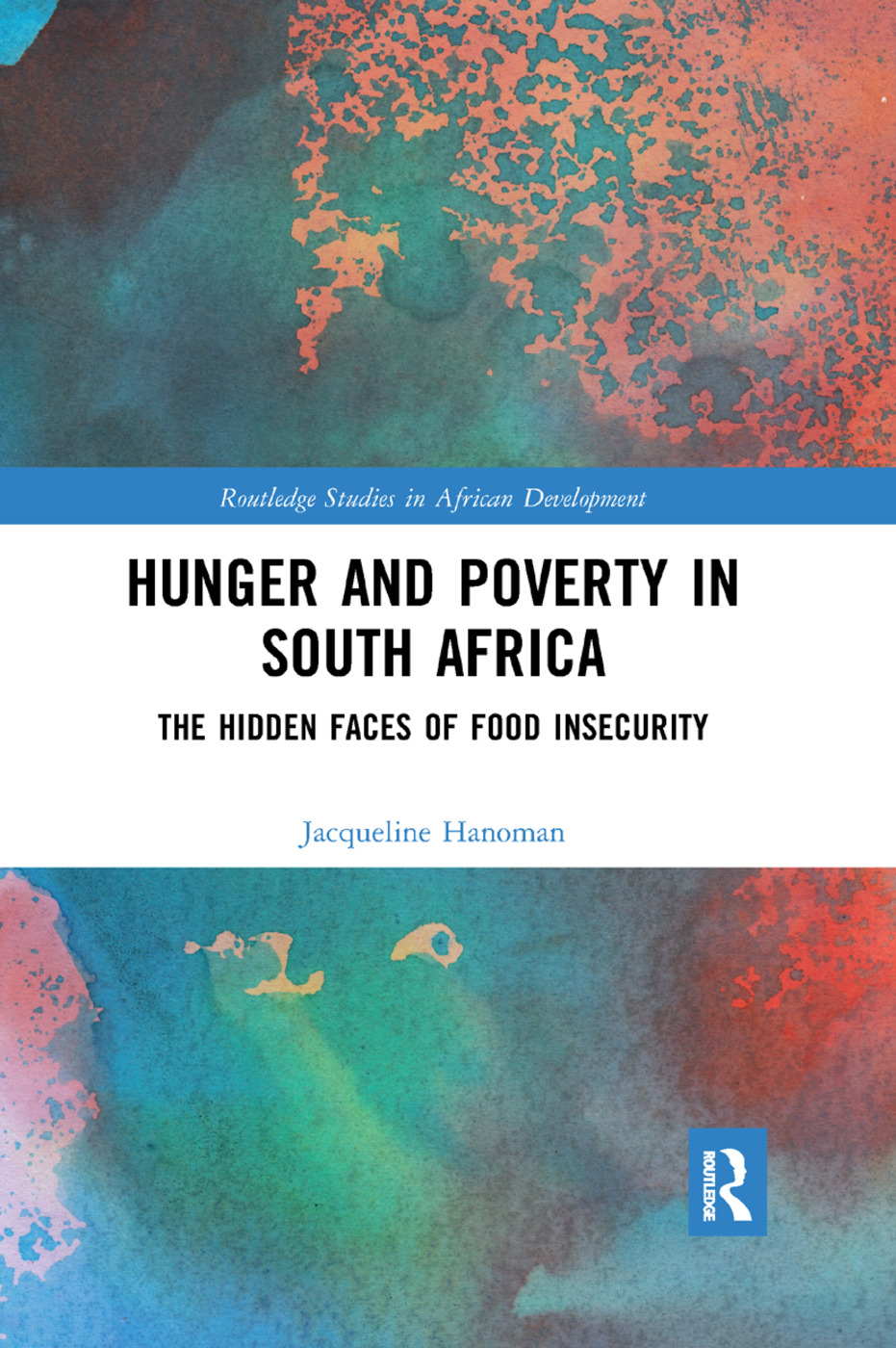 Hunger and Poverty in South Africa

Hunger and Poverty in South Africa: The Hidden Faces of Food Insecurity explores food insecurity as an issue of socioeconomic, political, cultural and environmental inequity and inequality. Based on extensive original research in Free State Province, South Africa, the book explores how people living in poverty make meaning of their food circumstances within the socio-cultural, political and economic contexts of post-apartheid South Africa, how they view the government’s food security policies and programs and their perceived agency to affect change.

The personal narratives contained in the book show that food insecurity is shaped by many issues, among which are structural poverty, racism, attempts or non-attempts at reconciliation during and after apartheid, public health issues such as HIV/AIDS, and environmental circumstances. At a time when most discourse around food insecurity focuses on how to provide more food to people facing hunger, this book's multidimensional approach is a valuable contribution to the contemporary dialogue on poverty, food security/insecurity, sustainability and democratic agency both within South Africa and around the world.

This book will be of interest to researchers in the areas of food security, multidimensional poverty, democratic agency and sustainable development, both in South Africa and internationally.

Chapter 1. The Hidden Faces of Poverty and Hunger

Chapter 3. The City and the Townships

Chapter 4. Poverty and Hope in the City

Chapter 5. Food Insecurity and Food Initiatives Beyond the City

Chapter 6. It is Never Only About Food: Power, Critical Consciousness and Survival Within Poverty

Jacqueline Hanoman is a sociologist, qualitative researcher and educator with a PhD in Cultural Foundations from Purdue University, USA. Her areas of interest include narrative inquiry, multidimensional poverty and social justice, food insecurity and public health issues, critical community education and development for sustainability.