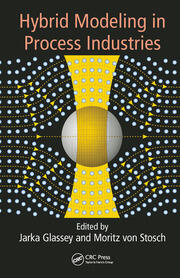 Dr. Jarka Glassey currently works as a Professor of Chemical engineering education in the School of Engineering, Newcastle University, United Kingdom. She gained her academic qualifications in chemical engineering at the STU Bratislava, Slovakia, and PhD in biochemical process modeling at Newcastle University, United Kingdom. She is a Chartered Engineer, Fellow of the Institution of Chemical Engineers (IChemE), Rugby, UK, and currently serves on the IChemE Council. She is the Executive Vice President of the European Society of Biochemical Engineering Sciences (ESBES), and she is also the vice chair (immediate past chair) of the Modelling, Monitoring, Measurement & Control (M3C) Section of ESBES. Her research interests are particularly in the areas of bioprocess modeling, monitoring, whole process development, and optimization. She has published extensively in this area and over the years collaborated with a wide range of industrial partners in real-life bioprocess development and modeling applications. Currently she is coordinating a large European academic and industrial consortium carrying out research and training early career researchers in the use of the QbD, PAT and hybrid modeling approaches within biopharma industry in order to speed up the process development and reduce the lead times from discovery to full scale manufacture.

Dr. Moritz von Stosch joined the Technical Research and Development Department of GSK Vaccines in the beginning of 2017. Until then, he had worked as a Lecturer in Chemical Engineering at the School of Chemical Engineering and Advanced Materials, Newcastle University, Newcastle upon Tyne, UK, and he also was the team leader of HybPAT, a spin-off initiative with the aim of providing hybrid modeling solutions for an efficient implementation of PAT. In 2011 he earned his PhD at the Faculty of Engineering of the University of Porto, Porto, Portugal. He was awarded his diploma in engineering from the RWTH-Aachen University in Germany. Moritz von Stosch is a leading expert on hybrid modeling methods and their application to bioprocess problems. He is, for example, the author of more than ten publications on hybrid modeling and coauthor of several others. In the past years, he co-organized an expert meeting on "Hybrid Modeling for QbD and PAT in Biopharma," which was integrated into the ESBES M3C panel series, and he also co-organized all three bi-annually hold hybrid modeling summer schools. In addition, he gave a number of invited talks on "Hybrid modeling for QbD and PAT" across Europe and the United States.