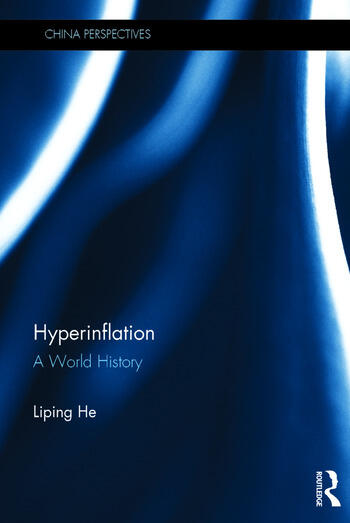 Since 1970s when the world was experiencing an "age of inflation", a great volume of academic research about hyperinflation has been conducted. However, it is also true that parrot-like superficial talks abound, without questioning the economic, political and social foundations existing underneath the economic phenomenon.

Based on research results of contemporary economists, media reports and historical works, this book will be the most comprehensive narrative of all major events of hyperinflation worldwide from the turn of the first millennium to the mid-2010s. Firstly, it gives a brief illustration of the basic concepts of hyperinflation, starting with the definitions and price measurement. Then it traces and analyzes all major episodes of hyperinflation that occurred over the past two thousand years or so, from the earliest incidence to the four tidal waves in the 20th century, and to the three latest episodes in the 21st century. Using basic concepts in modern finance such as indexation and dollarization, this book explains why hyperinflation in some countries could explode into astronomical levels, while rhythms of hyperinflation in the 20th century world are in resonance of megatrends in world economy and politics. Finally, this book underscores the importance of policy making, institutional building and international relations in the process of hyperinflation and stabilization.

Scholars and students studying money and finance, economic history, international finance and economics will be attracted by this book.

Liping He is Professor at the School of Business and Economics, Beijing Normal University. His research interests include international finance and economics.

Professor Liping He from Beijing Normal University has produced a most comprehensive and useful scholarly treatment of world hyperinflation. It is hot off the press. This is a welcomed addition to the literature. Indeed, Hyperinflation: A World History is destined to become a standard reference on the topic.
—Prof. Steve Hanke, Johns Hopkins University

This is an important contribution to the monetary history literature, one which ought to find its way into all serious university libraries, where it will be borrowed, bought and hopefully read by a wide range of economics students. I hope many will also buy a copy. After all, it will certainly hold its value better than many of the currencies that make an appearance in this book!
—Professor Laurence Copeland, Emeritus Professor of Finance, Cardiff Business School, Cardiff University