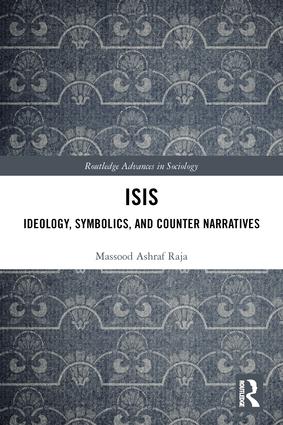 Relying on a thorough understanding of the role of ideology, discourse, and framing, this volume discusses ISIS as an Islamist ideological organization, and examines its philosophical scaffolding within the material conditions produced by neoliberal capital. As Raja asserts, it is this nexus of specifically retrieved Islamic history and the current global economic system that creates the kind of social identity ideally suited for ISIS. The combination of the historical narratives and the contemporary means of communication enables ISIS to frame and spread its message, recruit its adherents, and replicate itself.

While many scholarly and journalistic works on ISIS provide a wealth of information, not many elaborate on the terms that are often invoked in these writings. For example, scholars often use the term "Salafi-Jihadi" but they do not provide a comprehensive explanation of such concept within the same text. This book not only provides an explanation of the instructive terms used to explain the ISIS phenomenon, but also asserts that only one school of thought in Islam [The Sunni Wahabis] is likely to be the ideal target for ISIS recruitment. This claim, of course, does not rely on an essentialized pathology of Wahabi Sunnis, but provides an explanation of the Wahabi Islam as a proverbial "slippery slope," as an absolutely necessary first step for an individual's transformation into an ISIS fighter.

Written in a clear and direct style, this volume provides scholars and lay readers alike with a deeper understanding of ISIS and its strategies of recruitment and self sustenance.

1. Historical Overview of the Rise of ISIS

2. The Framing of ISIS Self Narrative: Ideology, Farming, and Symbolics

3. The ISIS Recruitment: Jihad and the Mujahid

4. The Management of Savagery: A Critical Reading

5. The Neoliberal Capital, the US Counter-Policies and their Ramifications

Masood Ashraf Raja specializes in postcolonial studies, globalization theory, and the study of Islamic cultures and politics. Author of The Religious Right and the Talibanization of America (2016) and Constructing Pakistan (2010), Masood is currently working on his next book, titled Democratic Criticism: Poetics of Incitement and the Muslim Sacred.