Iberian Trade Unionism
Democratization Under the Impact of the European Union 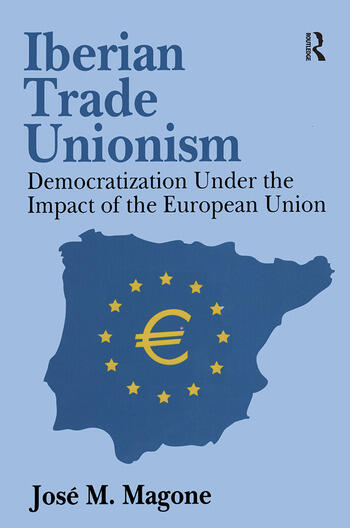 Iberian Trade Unionism: Democratization Under the Impact of the European Union

One of the most neglected areas of the European integration process is the role that trade union confederations may play after the full establishment of the Economic and Monetary Union. The gradual establishment of the four freedoms enshrined in the Single European Act would require a transformation of the present strategies of trade union confederations toward more flexibility and towards the ability to take part in different levels of the European integration process. Iberian Trade Unionism highlights the emerging patterns of cooperation between national, subnational, and supranational actors and the impact on these different levels.

Unlike most literature on the study of democratization and Europeanization, Iberian Trade Unionism aims to break the dominant focus on political parties and political institutions by raising awareness of the importance of interest groups such as trade union confederations in contributing to a strengthening of democratic governance.

The central thesis is that both Portuguese and Spanish trade unions are becoming increasingly part of a transnational European strategy which shapes the internal organizations toward professionalism and democratization. Part 1, "Gontextualizing Iberian Trade Union Strategies," deals with the operations of both Portuguese and Spanish trade union confederations. Part 2, "The National Systems of Interest Intermediation and Trade Union Confederation Strategies," analyzes the transformation of the national systems of intermediation in the 1990s which were affected by a decline in steering power of Spanish and Portuguese political systems vis-a-vis global and European political and economic processes. Part 3, "Subnational and Transnational Policies of Iberian Trade Union Confederations," deals with policies and strategies. The last chapter treats the integration of Iberian trade union confederations in the institutions of the European Union as well as the ITUCs and is based on original research done in Madrid, Lisbon, and Brussels.

This timely look at interest groups and lobbying in the European Union will appeal to scholars studying European integration and the role of interest groups in it, and to students of Spain, Portugal, or southern Europe.