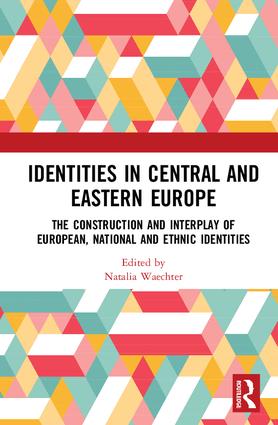 Identities in Central and Eastern Europe

The Construction and Interplay of European, National and Ethnic Identities, 1st Edition

Numerous historical and political processes and dynamics have led to the emergence of ethnic minority groups in Central and Eastern Europe, each with its own long history and identity. The breakdown of the Soviet regime, the establishment of new nation-states, and the Eastern enlargement of the European Union have raised new questions for these ethnic groups, questions regarding their feelings of belonging and the main elements of their identity.

In contrast to the common assumption that ethnic identities have become prevalent having been suppressed for a long time, this book provides empirical evidence that ethnic minorities typically relate to both their ethnic identity and to the national identity of their country of residence. The contributions reveal that the development and maintenance of ethnic, national and European identities are linked to the socio-economic situation and possible benefits for individuals, their countries, or their specific ethnic minority group. The book also highlights that national and European politics may contribute to ethnic and European identification, particularly in the fields of minority rights (e.g. language rights, voting rights) and integration policies. This book was originally published as a special issue of the Identities journal.

Natalia Waechter is Professor of Pedagogy and Youth Research at the Ludwig-Maximilian University Munich, Germany. She is vice-president of the RC34 (Sociology of Youth) of the International Sociological Association, and an editorial board member of Emerging Adulthood, and the Austrian Journal of Sociology.