Written by a team of expert scientists, this book benefits researchers in the field of plant stress biology and is essential reading for graduate students and researchers generating stress tolerant crops through genetic engineering and plant breeding. It appeals to individuals developing sustainable agriculture through physiological and biotechnological applications.

Dr. M. Iqbal R. Khan is an Assistant Professor of Botany at Jamia Hamdard, New Delhi, India. His current research interests are elucidation physiological and molecular mechanisms associated with abiotic stress tolerance and looking for suitable QTLs/genes/metabolites and/or germplasm for developing breeding or gene editing pipelines. Working on the metabolism of plants under different abiotic stresses, Dr. Khan has found a significant role of phytohormones in the regulation of plant growth and development and have suggested that phytohormones play an important in controlling stress responses and interacts in coordination with each other for defense signal networking to fine tune tolerance mechanisms. He is also exploring the regulatory role of signalling molecules and their impact on nutrient homeostasis and source-sink relationship under abiotic stresses. Dr. Khan has published more than 45 journal articles, 07 book chapters and has edited four books (including this). He has been recognized as Young Scientist of the Year from Indian Society of Plant Physiology and Scientific and Environmental Research Institute, India and Junior Scientist of the Year from National Environmental Science Academy New Delhi, India. He has been guest editor of “Ethylene: A key regulatory molecule in plants" in Frontiers in Plant Science and currently editing a special issue in Frontiers in Plant Science on “Plant Responses to the Dark Scenario”.

Dr. Amarjeet Singh is a scientist and member of faculty at the National Institute of Plant Genome Research (NIPGR), New Delhi, India. He has undertaken several genomics and functional genomics studies to identify, understand the differential expression pattern at the whole genome level and functionally characterized crucial genes in rice and Arabidopsis. At NIPGR, his research group is interested in deciphering the signaling networks and molecular mechanism of abiotic stresses (drought, salinity, cold) tolerance, particularly those regulated by calcium and lipid signaling, in crop plants. Another major research focus of the group is to understand the molecular mechanism of nutrient (NPK) uptake, transport and homeostasis in crucial crop plants such as rice and chickpea. He has published about 20 research/review articles in highly reputed, peer-reviewed international journals. He has also published three book chapters in books by noted publishers and some short communications. For his significant contribution in the field of plant sciences and agriculture, he was awarded the prestigious Young Scientist Platinum Jubilee Award (2017) from National Academy of Sciences (NASI), and Pran Vohra Award (2018-19) from The Indian Science Congress Association (ISCA). He has also been conferred with several other national and international awards/honours/fellowships during his Ph.D. and post-doctoral research including SERB-DST Young Scientist award, Young Investigator Award-DBT, D.S. Kothari Post-doctoral Fellowship, Travel Award by American Society of Plant Biologists (ASPB), USA, Travel Award by CSIR-India.

Dr. Péter Poór is an assistant professor at the University of Szeged in Hungary. He is currently taking part in the education and research of Department of Plant Biology and taking lecturer on the following course: Plant Anatomy, Plant Cell Biology, Plant Physiology, Environmental Plant Biology, Plant Stress Physiology, and Photosynthesis. Due to the excellent educational activities, he has won the Golden Chalk Award. He has published more than 40 peer-reviewed journal articles and contributed to several book chapters. Besides these, he has been awarded by various honors and scholarships. He is associate editor and manuscript reviewer for several plant biology journals. Their current project is “Fine-tuning of plant defense in the dark: the role of salicylic acid, jasmonic acid, and ethylene”. 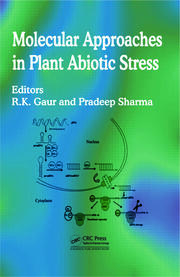 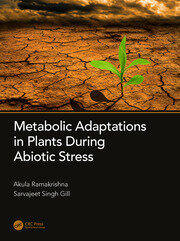 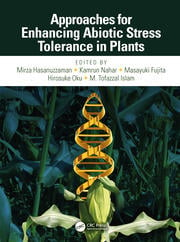