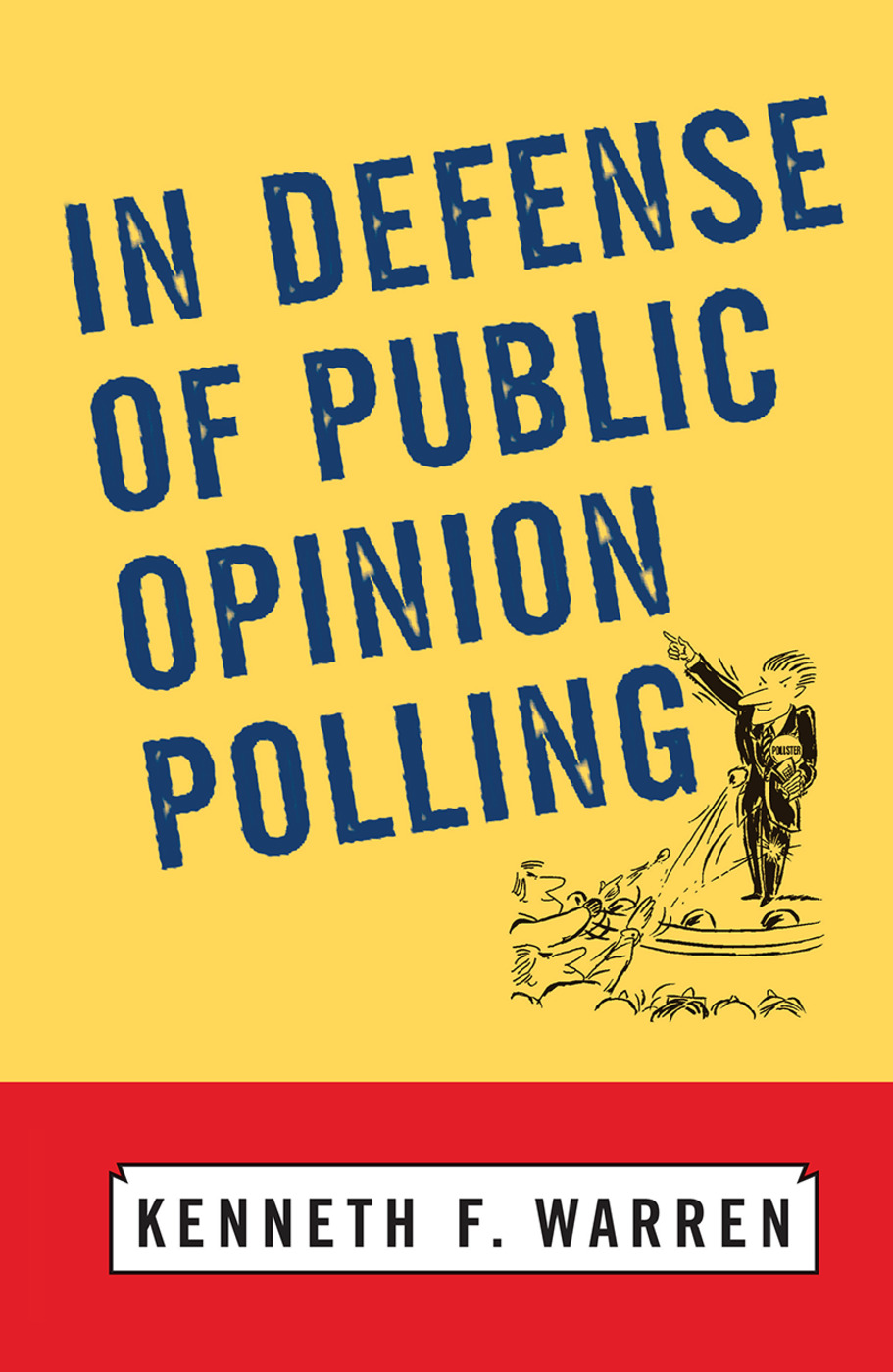 In Defense Of Public Opinion Polling

What do we really know about public opinion polls? Are they as flawed as conventional wisdom implies? How accurate are the polls, really? How can we spot a bad poll? Why do politicians and journalists have a love-hate relationship with polls? How do polls help us interpret history? Why has public opinion polling become so popular in other countries

1 Why Americans Hate Pollsters, 2 In Defense of Pollsters, 3 The Giant Polling Industry, 4 Reputable Pollsters Hate Bad Polls, 5 But There Are Plenty of Good Polls, 6 Why the Media Love (But Sometimes Hate) Polls, 7 Today's Politicians Live and Die by Polls, 8 Polls, the Clinton-Lewinsky Scandal, and Democracy, 9 Polling in Other Countries, 10 Testing the Pollsters: How Accurate Were the Pollsters' Predictions in the 2000 Presidential, U.S. Senate, and Gubernatorial Races?, 11 Epilogue: Public Opinion Polling Can and Should Be Defended

Kenneth F Warren, President of The Warren Poll for over two decades, has polled for the media, government, private clients, and politicians, including House Minority Leader, Richard Gephardt. He has served as a political analyst for local, national, and international media for over 20 years, appearing in news sources such as The New York Times, The London Times, The Wall Street Journal, and The New Republic, and on ABC, CNN, CBS, Fox, MSNBC, PBS, CBC, BBC, NPR, and Swedish television. He is the author of many other works, including Administrative Law In The Political System. Ken lives in St. Louis with his wife, Annette, a novelist, and teaches public opinion polling at Saint Louis University.